Radio Derb Is On The Air: Derb Comes Close To Losing It With The President Of Mexico, Et Cetera 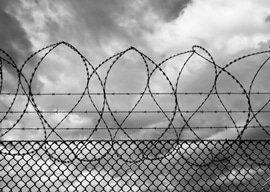 This week I come close to losing it with the President of Mexico, who on a two-day trip to California (I'm assuming he entered our country legally) boasted that the state is the property of his people.

Governor Jerry Brown fawned on this repulsive creature, boasting in return of having authorized the issuance of state driver licenses to illegal infiltrators.

Brown is in violation of federal law, which specifies fines of up to $10,000 and imprisonment for up to five years for, quote, “Encouraging and Harboring Illegal Aliens,” with “harboring” defined in the statute as, quote, “any conduct that tends to substantially facilitate an alien to remain in the U.S. illegally.”

Does federal law in the realm of immigration actually mean anything any more? Mexico itself has very strict laws on immigration, and enforces them rigorously. Why won’t we do the same? And who the hell does this Nieto dwarf think he is, coming to our country and claiming it as the property of his citizens? Why wasn’t he arrested by federal marshals and frog-marched to the nearest airport for his gross, flagrant insults to American sovereignty? Do we even have a country any more?

Is this what 400 years of American civilization has come to at last: That we have to take instruction in our domestic affairs from the sneering, jeering, lisping bandit chief of a fifth-rate dysfunctional narco-state, the Afghanistan of the Western hemisphere? God help us!