Radio Derb Is On The Air: California, Here We Come! 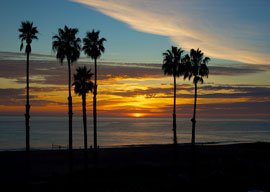 In this week’s broadcast I offer a shortcut way to counter the arguments of immigration boosters:

About three-quarters of the arguments made by immigration boosters can be countered with a single word.  No, not the word that begins with “b” and ends with “t.” I'm thinking of a different word.

The word is “California.”

I then go through some data on the downward transformation of the Golden State by mass immigration.  Then:

Now, if you listen to the immigration boosters, this should have done wonders for California:  pepping up the economy, funding the entitlements, dynamic young immigrants bursting with entrepreneurial zeal and cultural vibrancy, their energy driving California way out ahead of the sluggish, less diverse, non-California U.S.A. that has not been blessed with so much immigration

Except that hasn't happened.  Not at all.  Quote:

“What was once the most prosperous state now suffers from an unemployment rate far steeper than the nation's and a flood of firms and jobs escaping high taxes and stifling regulations. This toxic combination—high public-sector employee costs and sagging economic fortunes—has produced recurring budget crises around the state.”

I took that from an excellent book out this month titled The Beholden State: California's Lost Promise and How to Recapture It.  The book's published by City Journal and is composed of essays by City Journal's excellent writers, including Heather Mac Donald, Steven Malanga, and Victor Davis Hanson.  City Journal's a neocon foundation so the writers try to put some optimistic lipstick on the pig, but it remains very plainly a pig—probably one of the Gadarene swine, in fact.

In a final flourish, I refer to the definitive short analysis of the political roots of California’s recent problems, published here on VDARE last year.