Radio Derb Is On The Air: Advice To Chinese Travelers, Etc. 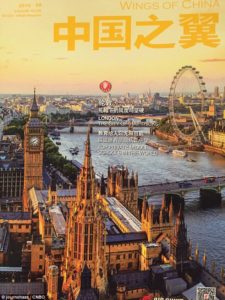 The flight magazine of Air China, a major airline enjoying the official favor of the ChiCom government, ran an "advice to travelers" item in its in-flight magazine that included the following security tip, quote:

London is generally a safe place to travel, however precautions are needed when entering areas mainly populated by Indians, Pakistanis, and black people. We advise tourists not to go out alone at night, and females always to be accompanied by another person when traveling.

End quote. That's sound advice. I think Indians might take exception: Hindus and Sikhs in London are well-behaved. Where Pakistanis and blacks are concerned, though, it's spot on. I offer the Notting Hill Carnival in evidence.

The well-intended advice was greeted with shock and horror in London. Rosena Allin-Khan, Labour Member of Parliament for Tooting, described the advice as "outrageous" and "offensive." Virendra Sharma, the member for Ealing Southall, said she hoped Air China would apologize.

Reporters tried to get comments from white English inhabitants of London, but they couldn't find any.

17m22s — The untouchable Mrs Clinton. (Brazen in contempt for propriety and law.)

24m51s — Journalists are scum. (And the National Press Club is run by weasels.)

32m23s — What unites the Alt-Right. (Seeing pygmies humiliate a giant.)

52m29s — Odds and ends. (Incest, bathrooms, spiders, and the decline of an elite retreat.)

54m59s — Signoff. (The most astonishing statistic.)