Radio Derb Is On The Air: A Grand Unified Theory Of Liberalism, Etc.

This week’s show posits a Grand Unified Theory of liberalism, in which current liberal policies like open borders and the war against policing are all connected at a deep level.

In an early segment of the podcast I pass comment on the memorial now erected in Ferguson, Missouri to thief and bully Michael Brown (who, for maximum MSM-style  infantilization—to make him sound as innocent as possible—I refer to as “Mikey-poo”).

Then later I add this as an appendix: 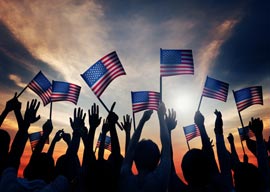 What was the reason Mikey-poo Brown attacked Officer Darren Wilson? You might suppose he was just a big stupid guy who didn't like cops.

Well, President Obama has a different opinion. The reason Mikey-poo attacked Officer Wilson was, Obama believes, because he was afraid of being deported.

You heard that right. The Gentle Giant, a U.S. citizen born in this country to citizen parents, was afraid of being deported, according to Obama.

“In order to rebuild trust between police and their communities, the federal government should stop enlisting state and local police in most immigration enforcement.”

So: a black robber gets shot, blacks riot, the President sets up a policing task force, and they recommend a reduction in enforcement of immigration laws.

I offer that as yet more evidence for my Grand Unified Theory of American liberalism. It's all connected at a deep level, see?