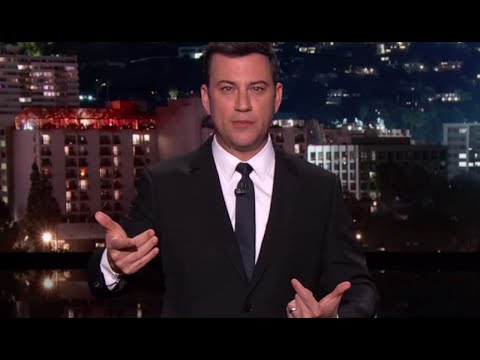 Radio Derb is back on the air.

There’s been a change of location.  The podcast is now hosted at VDARE.com.  The transcript will be archived on my own website next week.

In this week’s podcast I shine a light on the display of goodwhite self-regard evident in comedian Jimmy Kimmel’s commentary on the man-shoots-lion story.

… There follows a gesture towards multiculturalism:

“And by the way, I’m not against hunting, if you’re hunting to eat or help keep the animal population healthy or to … part of your culture or something, that’s one thing …”

Multicultural considerations do not extend to badwhites, though. They have no culture, being little better than animals themselves:

”… but here’s some a-hole dentist who wants a lion’s head over the fireplace in his man-cave so his douchebag buddies can gather around it and drink scotch and tell him how awesome he is, that’s just vomitous …”

“A-hole,” “douchebag,” “vomitous,” … Just listen to the language there! This is the grand old tradition of dehumanizing ideological vituperation, in direct line of descent from Thomas More’s ravings against Luther, or the names Karl Marx called Ferdinand Lasalle, both of which I’ll leave you to look up for yourselves, this being a family website. The Chinese language is slightly more delicate in these matters, so I can tell you what Mao Tse-tung called his ideological enemies, quote: “bloodsuckers, parasites, smiling tigers, piles of garbage, cow ghosts and snake demons.” End quote.

OK, Kimmel has us pointed in the right ideological direction. Where is the Social Justice angle, though? How do we translate our righteous anger at the counter-revolutionary wrecker Walt Palmer into political action? To use the term Marx himself would have used: how do we incorporate our revolutionary impulses into praxis? Kimmel tells us …

This is by the way, by pure happenstance, the 500th podcast of Radio Derb.  The very first is here.  We hope to make the entire archive available soon.