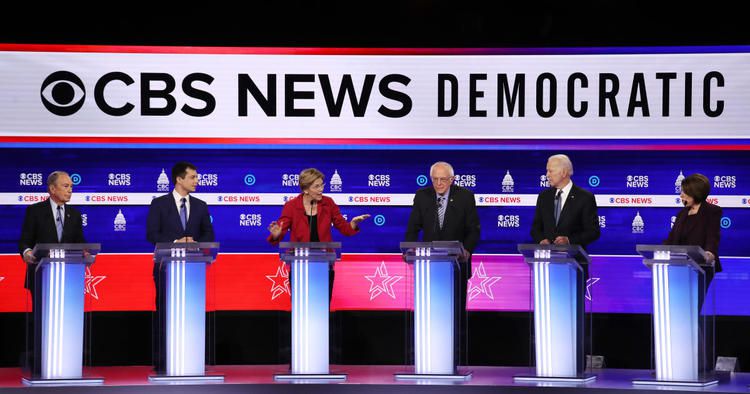 A few remarks after having scrolled through the transcript.

This is a perfect opportunity for good whites to be the change while simultaneously taking advantage of an astounding market failing. These good whites, stuck in stultifyingly overpriced white neighborhoods, can enjoy diversity without having to shell out anything extra for it. To the contrary, they’ll be able to save a lot of money without having to give up any house in return.

Gain diversity, save money, and dismantle institutional racism in one fell swoop, and all white leftists have to do is do what they say they want to do. So easy we should have it solved by yesterday!

Sanders only mentioned whites twice, in a line repeated with only slight variation:

If we can bring working people together, black and white and Latino, we can create a nation where all people have a good standard of living.

Here’s hoping Sanders finds a stiff spine. He’s going to need it. He is a man of the left seeking power who is, in his heart of hearts, devoid of a desire for racial vengeance running for president in a party increasingly motivated by it.

Speaking of, Buttigieg has internalized that motivation well. Responding to whether or not Bloomberg’s crime policies as mayor of New York City were racist, he answered:

Yes, in effect, it was. Because it was about profiling people based on their race. And the mayor even said that they disproportionately stopped white people too often and minorities too little.

Oh, so he’s saying it was racist because it disproportionately targeted whites?

Rhetorical, of course. It was especially racist because Bloomberg actually had the audacity to assert that whites could be on the receiving end of the negative consequences of racial inequity. On account of this impropriety, his policies were doubleplus bad.

Black students consistently score worse than white students do in every single state in the country. To a first approximation, the reason South Carolina ranks near the bottom of NAEP rankings is because the state’s student body is among the nation’s blackest.

We can argue as to why the white-black gap (or, going in the other direction, why the Asian-white gap) so consistently and persistently manifests across the country, but insinuating that this is somehow unique to South Carolina is mendacious. Southerners are used to being dumped on by the corporate media like this. Still, it shouldn’t go unnoticed by everyone else.

Imagine if Barack Obama had been fully white instead of just half so. Merely being twice-elected president of the United States of America? Pfft, he’d have been elevated to Galactic Overlord for life by now!

These are nuanced topics. Bloomberg is pre-boomer. He made his way at a time when being black probably would’ve been a handicap for him. Was that the case when Obama was coming up? Is it the case today? Fully understanding and productively addressing these questions requires an intellectual approach more sophisticated than white equals bad and non-white equals good.