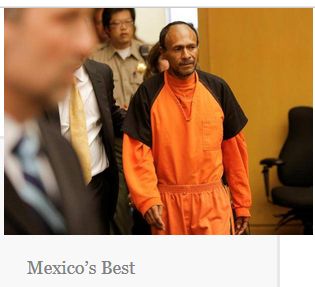 The San Francisco Chronicle has an article defending the jury in the Kate Steinle killing:

But this section makes it clear that’s ridiculous:

Garcia Zarate was charged with murder from the beginning, and prosecutors gave jurors three options.

They could convict on first-degree or premeditated murder. They could opt for second-degree murder, requiring a finding that Garcia Zarate either intended to kill Steinle or intentionally committed a dangerous act with conscious disregard for human life. Or they could choose involuntary manslaughter, which would require a finding that Garcia Zarate caused Steinle’s death with an unlawful, negligent act.

Obviously, Mexico’s Best was guilty of at least “involuntary homicide.”

Why didn’t the jury find that? I was on a jury in 2008 in a trial of an immigrant tax cheat, and about 9 of us 12 jurors were complete dimwits. Plus they appeared to be biased in favor of immigrants and tax cheats, because many were immigrants and (likely) tax cheats themselves.