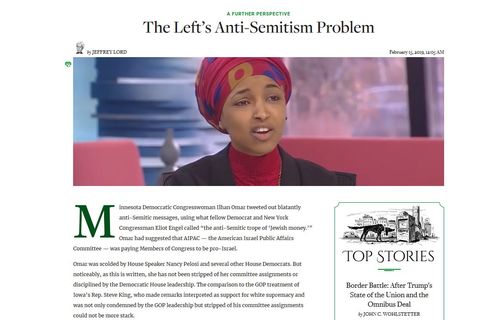 Apropos of Steve Sailer's post on Jews and wealth, it's worth observing that Jews take a lot of credit for things that would invite a charge of anti-Semitism if credit for them came from a Gentile.

For instance, the Jewish magazine Tikkun published this brag that Jews played a key role in legalizing homosexual nuptials:

In a few short years, same-sex marriage went from being an untouchable political hot potato to a broadly accepted civil right in eighteen states and the District of Columbia. Jews, and their social justice organizations, helped make that happen. In fact, this magazine was a prophetic voice of marriage equality, supporting same-sex unions in the early 1990s and helping to lay the groundwork for the current wave of victories.

The story of Jews’ contributions has continuing political relevance.  The campaign for marriage equality offers valuable lessons for how to break through public resistance on other issues that Jewish groups are now addressing, including economic justice initiatives like paid sick leave, rights for domestic workers, and raising the minimum wage.

[How Jews Brought America to the Tipping Point on Marriage Equality: Lessons for the Next Social Justice Issues, by Amy Dean, Tikkun, March 10, 2014]

In 2008, columnist Joel Stein amusingly complained in The Los Angeles Times that the prohibition on discussing Jewish power had taken away his fun in bragging about how smart and powerful Jews are:

I have never been so upset by a poll in my life. Only 22% of Americans now believe "the movie and television industries are pretty much run by Jews," down from nearly 50% in 1964. The Anti-Defamation League, which released the poll results last month, sees in these numbers a victory against stereotyping. Actually, it just shows how dumb America has gotten. Jews totally run Hollywood.

How deeply Jewish is Hollywood? When the studio chiefs took out a full-page ad in the Los Angeles Times a few weeks ago to demand that the Screen Actors Guild settle its contract, the open letter was signed by: News Corp. President Peter Chernin (Jewish), Paramount Pictures Chairman Brad Grey (Jewish), Walt Disney Co. Chief Executive Robert Iger (Jewish), Sony Pictures Chairman Michael Lynton (surprise, Dutch Jew), Warner Bros. Chairman Barry Meyer (Jewish), CBS Corp. Chief Executive Leslie Moonves (so Jewish his great uncle was the first prime minister of Israel), MGM Chairman Harry Sloan (Jewish) and NBC Universal Chief Executive Jeff Zucker (mega-Jewish). If either of the Weinstein brothers had signed, this group would have not only the power to shut down all film production but to form a minyan with enough Fiji water on hand to fill a mikvah. ...

As a proud Jew, I want America to know about our accomplishment. Yes, we control Hollywood. Without us, you'd be flipping between "The 700 Club" and "Davey and Goliath" on TV all day.

So I've taken it upon myself to re-convince America that Jews run Hollywood by launching a public relations campaign, because that's what we do best. I'm weighing several slogans, including: "Hollywood: More Jewish than ever!"; "Hollywood: From the people who brought you the Bible"; and "Hollywood: If you enjoy TV and movies, then you probably like Jews after all."

Stein's funny conclusion? "I don't care if Americans think we're running the news media, Hollywood, Wall Street or the government. I just care that we get to keep running them."