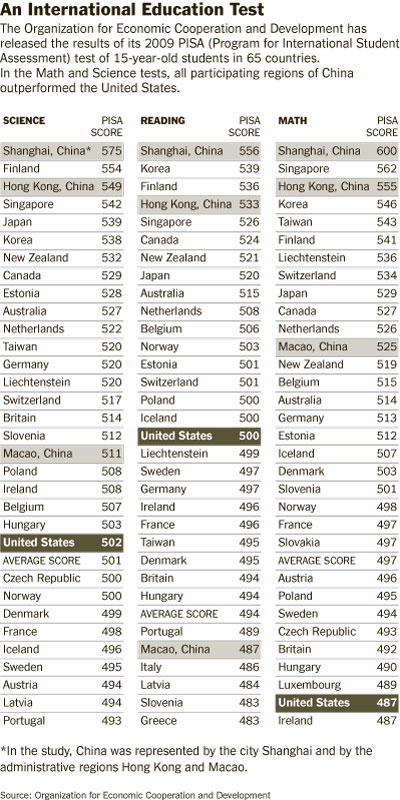 Here are the results from the 2009 PISA test of 15-year-old's school performance with the first ever scores from the city of Shanghai. Shanghai swept the three categories. (Shanghai is not the full country of China — Shanghai is the current favored son city of the regime, with restrictions on who gets to internally migrate there). Also, this is the first time Shanghai participated, so they presumably waited until they were ready to rip on the test.

Having seen the National Merit Semifinalist names for 2009 in California, where there was a single Cohen and 49 Wangs among the honorees, I can't say I was too surprised. Santa Clara County might challenge Shanghai in a heads-up match, though.

Interestingly, the NYT table left out some low-scoring countries, such as Mexico, but then what possible policy implications do the educational attainment and intelligence of Mexicans have for an American audience? None, none I tell you! Here's an eyeball-frying graphic from The Guardian of the OECD countries (leaving out unrepresentative cities like Shanghai). Check out the bottom line: 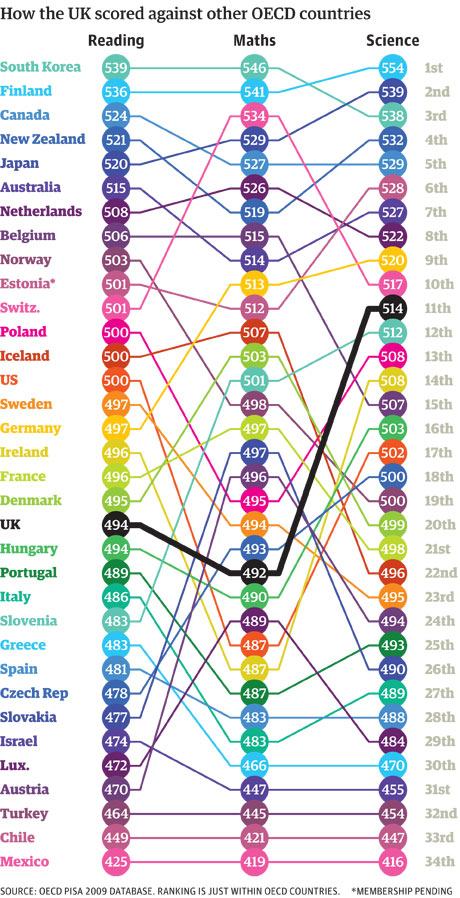 Converting to an IQ scale, Mexico scores an 88, although that's probably held down by the low quality of Mexican schools.