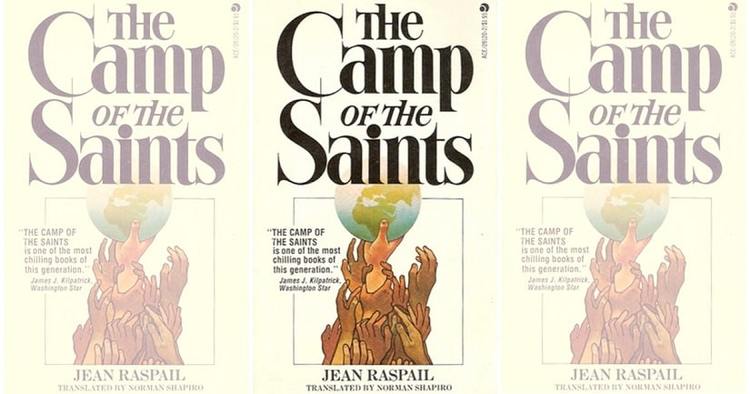 Someone had better warn Steven Hayward at the Powerline blog to watch out. He is walking dangerously close to the point of no return.

If you want to see the immigration crisis getting completely out of control, check out northern France, where several thousand “migrants”—as the press describes them—are trying to charge through the Channel Tunnel to Britain, where, they suppose, the welfare state will take care of them. It hasn’t been receiving much media coverage in the U.S., except for the Wall Street Journal, which notes today that the disruption at the Channel is bad for business.

As the Wall Street Journal quoted one aspiring client a few days ago:

No one looks after me. The Telos of the welfare state, in five words. More revealing is this passage:

“Stopping them is becoming very difficult since they’re just not afraid of the police anymore,” a French police officer said.

It looks more and more like Jean Raspail’s controversial 1973 novel, The Camp of the Saints, come to life. Raspail’s novel imagined a flotilla of several million refugees from south Asia making its way to France, landing like an invading force, and . . . destroying the country. Raspail intended it as a mordant critique of western liberal guilt, since all right thinking people welcomed the invasion (welcoming banners read, “We’re all from the Ganges now”). As Raspail described the climax of the invasion:

The strangest conclusion one can draw from these five crucial minutes of that shortest day—though it would have been perfectly clear, had one bothered to read the signs—is the fact that the refugee horde seemed so blithely unaware that this land it was about to make its own could possibly belong to others already. It had, indeed, been drained of its human substance, and offered no resistance.

Of course, the $PLC has declared Raspail's tale a "racist" book.

If Hayward even glanced at the book, you know what that makes him, at least according to $PLC.

The question is how many times he can get away with such Crime Think before Conservatism, Inc., expels him.