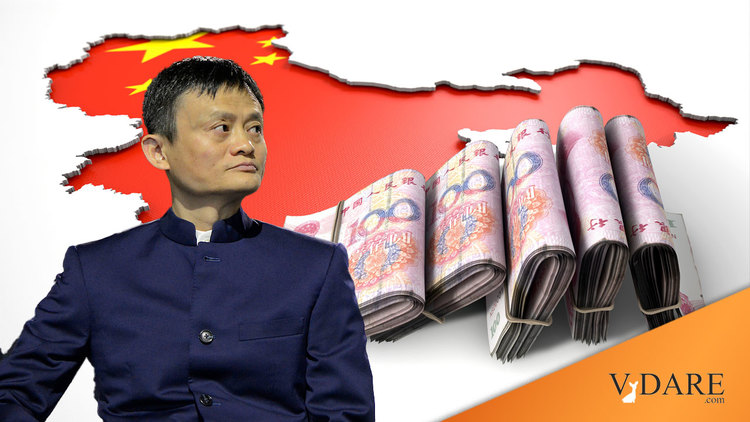 Power Versus Money In China

Me, in my December Diary posted January 1st:

China has billionaires, too—more than any other nation. A Chinese billionaire, however, knows that his billions, and his reputation, and his liberty, even his life and the lives of his loved ones, exist only at the mercy of the Party. If he takes a political wrong step, the Party will crush him like a bug.

Where Is Alibaba Founder Jack Ma? What the Saga of One of the World's Richest Men Reveals About China Under Xi Jinping

On Oct. 24, Jack Ma, the man behind China’s e-commerce behemoth Alibaba, gave a speech in Shanghai ... He obliquely chided Chinese regulators for stifling innovation, and said that Chinese banks suffered from a “pawnshop mentality” ...

But the listening cadres were infuriated. On Nov. 2, Ma was summoned by Chinese authorities for questioning. The next day, the $37 billion IPO of Alibaba’s fintech arm Ant Financial—touted as a record-breaking offering—was nixed by China’s securities watchdog despite it earlier having received a green light ...

Then, late last week, Ma was replaced by another Alibaba executive for the televised final episode of a business talent contest he had been helming, with his picture scrubbed from the gallery of judges. Ma has now not been seen in public for at least two months.