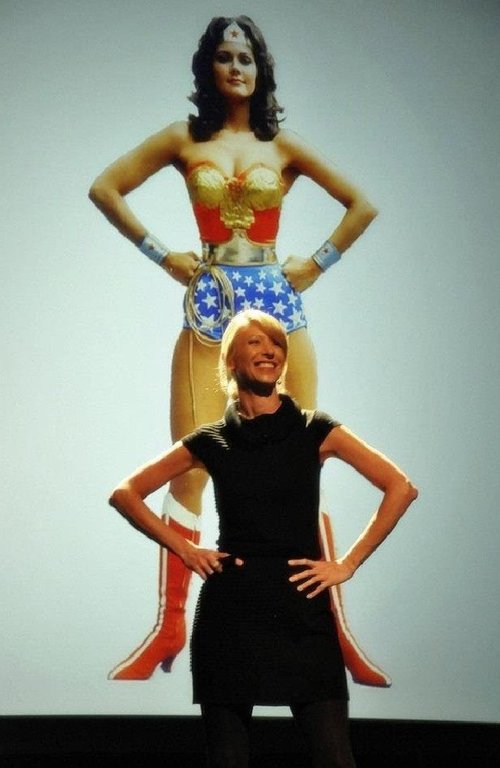 More on the hurt feelings of the Power Posing blonde  at Harvard Business School. It turns out that she hacked her results not because she wanted a nice career as a motivational speaker. (Whoever heard of a Harvard Business School professor who cares about money?) No, she did it to fight White Male Oppression. From Slate:

The Trials of Amy Cuddy

A feminist psychologist was dragged through the mud for her mistakes. Did she deserve it?

… [Amy] Cuddy rose to prominence on the basis of a 2010 study in which she and two colleagues claimed to show that if a person spends even two minutes in a “high-power pose,” with her arms outstretched, she will “embody power and instantly become more powerful.” … In her enormously successful TED talk on this research—one that spawned a best-selling book—Cuddy described power posing as a “free, no-tech life hack” that “can significantly change the outcomes of [your] life.” …

Cuddy’s work, like that of many other scientists, would fail to replicate in larger studies. It seemed that she and her co-authors had cajoled the data in the usual ways, by excluding certain information when it seemed useful or convenient—a process known as p-hacking.. …

The power pose was meant to give women greater confidence, so the gender gap would go away. …

She goes on to cite the claim of one social psychologist, Alison Ledgerwood, “that if scientists keep having hostile conversations on social media, women are more likely to be driven away from the field.” …

Cuddy wasn’t just a woman who’d gained a certain kind of power—she’d made the empowerment of women and minorities the explicit goal of her research. Her original power-posing paper noted that its findings would be important for people of “low hierarchical rank” or who belong to “a low-power social group.”

These concepts fit in with what she’s described as her long-term interest in the science of sexism and racism, and how one might “empower marginalized individuals and groups.”

Cuddy never wavered from this mission. In interviews, as in her TED talk, she described the work on power pose as having started when she noticed the “gender grade gap” among her students at Harvard Business School.

HBS is the world’s best paying MRS degree, so female students there are notorious, to the despair of their professors, for spending more effort on makeup than on homework in the hopes of snagging a classmate who will become a captain of industry

Half the students’ grades came from participation, she says, and this put the women in her classes at a major disadvantage. Even from their body language, she could tell they were holding back. (She says she also noticed similar body language among nonwhite men.) 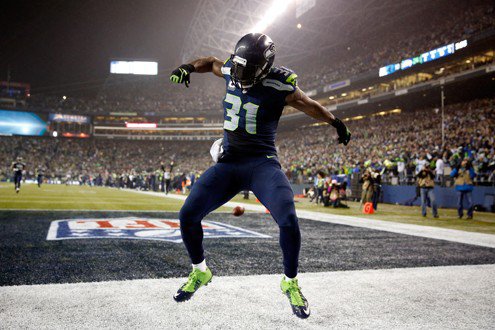 Who hasn’t noted the forlorn, pathetic body language of nonwhite men in the NFL after every single seven yard gain they make?

The power pose was meant to give them greater confidence, so the gender gap would go away. It could also help empower women in the workplace, she would argue, and even little girls. “How do we prevent our daughters from collapsing?” she said during a recent interview with Alan Alda. “How do we teach our daughters to take up their fair share of space, to share their ideas and be strong and unapologetic about it?”

Cuddy’s work tapped into a broader and de facto social mission in her field, one shared by other researchers: to use the science of psychology to counter inequality and fight for social justice. In the early 1990s, psychologist Claude Steele noticed that the black students at his university were falling behind in their performance.

Like Cuddy, he ran a set of lab experiments to show how the grade gap might be made to go away. When he told the students that a given test was not supposed to be a measure of their intelligence, he found a miraculous result: All the students did about the same on the exam (when he controlled for prior SAT scores).

Okaaay … but of course that’s like saying the U. of Alabama and the Columbia U. football teams will do about the same on the field next Saturday (when you control for prior performance).

Hearing a single phrase had freed the black students from a debilitating and distracting insecurity, Steele argued, and it seemed like racial inequalities in education might have an easy fix.

Keep in mind that nobody has figured out a way to get them to do better than their prior SAT scores predict, but some experiments have figured out ways to signal them to try less hard and do worse. My theory has been that, if you want to, you can signal to black students not to bother trying hard on this low stakes test. So if you don’t signal to them not to try, they’ll do about as well as their prior SAT scores predict.

Cuddy had identified a source of inequality, and she’d ginned up a way to make it go away. That may sound Pollyanna-ish in retrospect, but Steele’s research was treated as a panacea by his peers. …

Now Cuddy had her own fix for a fundamental social problem. She’d identified a source of inequality, and she’d ginned up a way to make it go away. “This is a really tiny tweak,” she told an interviewer in 2012. “What are the other tiny tweaks that you can make that can change and improve your life, and other people’s lives?”

But if there’s one thing we’ve learned from the replication crisis, it’s that many of these tiny tweaks aren’t quite so potent as we’ve been led to believe. …

Let’s think about tiny tweaks via an analogy: in the first game of the World Series on Tuesday, Clayton Kershaw, the best pitcher of this decade, will pitch to Jose Altuve, the best line drive hitter in the American League. Are there any tiny tweaks that might give one an advantage over the other?

No doubt there are. Indeed, both athletes have no doubt incorporated hundreds of tiny tweaks into their skill sets over the far more than 10,000 hours they’ve practiced their professions. As you read this, they may be studying video of each other looking for a way to outsmart the other.

But do we expect any particular tiny tweak to provide one ballplayer with a permanent, endlessly replicable edge over the other? I don’t.

Moreover, sheer differences in ability get in the way of tiny tweaks working. A tiny tweak might give Altuve the upper hand over Kershaw on Tuesday night (or vice-versa), but no tiny tweak would enable me to get the bat on a Kershaw pitch.

Similarly, I believe that various tiny tweaks could be useful to some individuals at some points in the social, educational, and office worlds. But I’m doubtful that their utility would replicate for everybody for all eternity, the way that, say, Maxwell’s equations keep on working over and over.

That’s what makes Cuddy’s work—and the squabbles over its validity—especially contentious. She wasn’t just saying that a power pose will pump you full of testosterone and make you feel terrific; she was telling us that a power pose would empower women and minorities. Her work, she said, was all “about building ladders up and taking walls down.”

And getting rich herself …

This high-mindedness of purpose would put her critics in an tricky spot: Their attacks on what now appears to be a shoddy piece of research would end up standing in for attacks on what Cuddy had come to represent—a successful woman who was helping other women find their own success. The same dynamic may soon play out with the line of research started by Claude Steele: His big idea has now been challenged by a host of replication failures. How ugly will the replication crisis get if a classic means of counteracting systemic racism is eventually debunked? …

Early last year I explained in Taki’s Magazine that the social sciences are bedeviled by both a Replication Crisis and a Repetition Crisis, which the Power Pose fiasco illustrates nicely:

I suspect that the systemic failures stem more from researchers being allowed both too many and too few of that evocative (if actually rather dry) technical term: “degrees of freedom.”

One cause of the Replication Crisis has been that analysts grant themselves excessive post hoc liberties to crunch the numbers however many ways it takes to find something—anything—that is “statistically significant” (which isn’t the same as actually significant) and thus qualifies as a paper for publish-or-perish purposes. Hence, social scientists seem to be coming up with a surplus of implausible junk science findings on trivial topics, such as “priming” (the contemporary version of subliminal advertising), which then routinely fail to replicate.

In contrast, in what I’ll dub the Repetition Crisis (a.k.a. the Explanation Crisis), academics hamstring the interest and usefulness of their findings by ruling out ahead of time any explanatory factors other than the same tiny number of politically correct concepts that were exhausted decades ago.