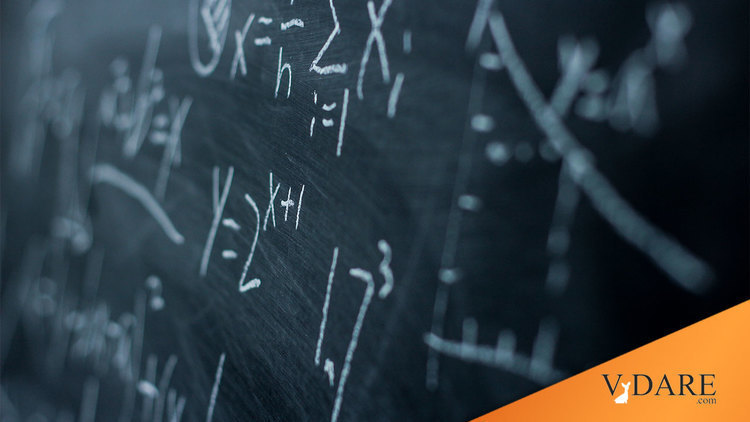 Although the social sciences are considered a bastion of progressivism, it's remarkable how few data-driven ideas they generate in support of their ideology. We can get a feel for this by noting how rare are the "exceptions to the rule" studies that become immensely popular due to bolstering the dominant worldview, such as Hart & Risley's finding that black people don't talk enough and Claude Steele's little study of Stereotype Threat in which he induces black students at Stanford to score lower on a low stakes test of his devising than their high stakes SAT scores would predict. (I wrote about Stereotype Threat in VDARE.com in 2004, suggesting it's not hard to get across the message to black or female students that the professor wants them to not exert themselves fully on this meaningless test.).

An Examination of Stereotype Threat Effects on Girls' Mathematics Performance