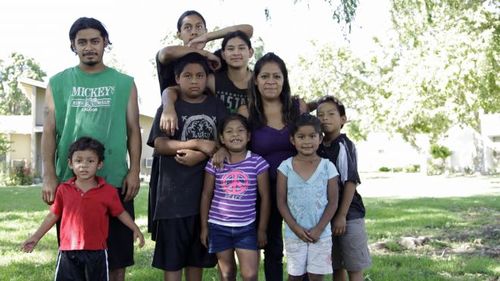 Analyst and commentator Joel Kotkin has typically struck me as cluelessly blithe about the nation's pummeling under mass immigration.  And Kotkin's brand of recondite stupidity has been repeatedly recognized by other VDARE.com writers.

So it may be significant that in The Peril to Democrats of Left-Leaning Urban Centers (Real Clear Politics, August 10, 2015), Kotkin mentioned "immigrants" in the context of American inner-city poverty:

This urban economy has created many of the most unequal places  in the country. At the top are the rich and super-affluent who have rediscovered the blessings of urbanity, followed by a large cadre of young and middle-aged professionals, many of them childless. Often ignored, except after sensationalized police shootings, is a vast impoverished class that has become ever-more concentrated in particular neighborhoods. During the first decade of the current millennium, neighborhoods with entrenched urban poverty actually grew, increasing in numbers from 1,100 to 3,100. In population, they grew from 2 million to 4 million. Some 80 percent of all population growth in American cities, since 2000, notes demographer Wendell Cox, came from these poorer people, many of them recent immigrants.

Such social imbalances are not, as is the favored term among the trendy, sustainable. We appear to be creating the conditions for a new wave of violent crime on a scale not seen since the early 1990s. Along with poverty, public disorderliness, gang activity,homelessness and homicides are on the rise in many American core cities, including Baltimore,  Milwaukee, Los Angeles and New York. Racial tensions, particularly with the police, have worsened. So even as left-leaning politicians try to rein in police, recent IRS data in Chicago reveals, the middle class appears to once again be leaving for suburban and other locales.

[All links in original.]

Kotkin's only nod to immigration is in that sentence I've boldfaced.  But it's "all his own work," as the 2012 piece by demographer Wendell Cox that Kotkin links makes no mention of immigrants.

The connection of poverty's importation and growth with mass immigration is a familiar subject here at VDARE.com, especially in articles by Edwin Rubenstein.  For a particular example, see his June 7, 2013 piece, National Data | Another Lesson From 1965: More Immigrants=More Poverty