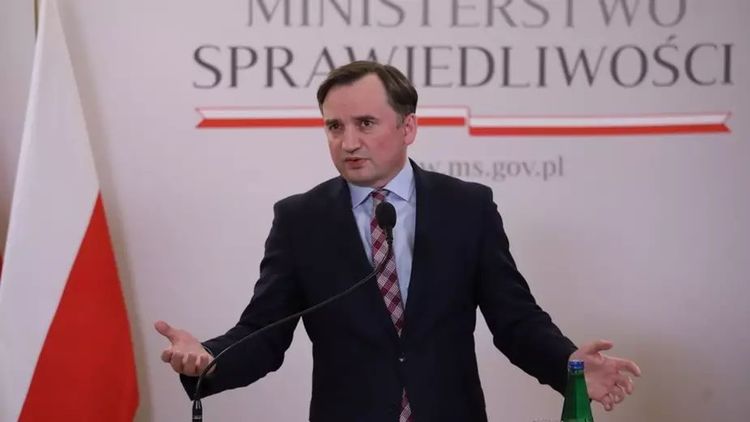 Big Tech is one of the biggest threats to free speech today. Just look at the recent election.  Most Republican politicans don't seem interested in the issue, even though it hurts their own party.

The government of Poland is planning to do something about tech company censorship in Poland.

Poland’s national conservative government has detailed a new law protecting free speech online against Big Tech censorship, backed by a new court and big fines.   Minister of Justice Zbigniew Ziobro has announced the draft ‘Act for the Freedom to Express One’s Views and Obtain and Disseminate Information on the Internet’ will give social media users a statutory right to appeal bans and content removals on social media platforms such as Facebook on [probably should read "or"] Twitter, which they will be able to escalate to a new Court for the Protection of Freedom of Speech in a streamlined, all-digital process. [Poland to Pass Law Protecting Online Free Speech Against Big Tech Censorship , by Jack Montgomery, Breitbart, December 26, 2020]

This new law would involve fining tech companies which censor.

If the new court rules that the tech censors have removed accounts or deleted posts for speech which is legal under Polish law, they must be restored — or the social media firms involved will face fines of as much as 1.8 million euros, enforced by the Slavic country’s Office of Electronic Communications, according to reports.

The Polish government doesn't want Poland to go the way of Germany.

“In Germany, the Minister of Justice may arbitrarily decide what content needs to be eliminated from the Internet. This is the introduction of censorship. We want to balance the freedom of public debate,” Ziobro explained of the planned legislation recently.

“We want to regulate the relationship between social media users and their owners… It is primarily about censorship when expressing opinions that are consistent with Polish law”, added deputy minister Sebastian Kaleta elsewhere.

Then the article quotes the Anglosphere Conservatism Inc. argument about "the government getting involved".

Many on the right in the United Kingdom and the United States have suggested that, while they are not happy with what Ziobro has described as “ideological censorship” by tech giants, they prefer the status quo to “the government getting involved” in the affairs of private businesses.

The government is already heavily involved in the business world. Look at discrimination law, for example.   In a U.S. context, why is Big Tech allowed to censor when it's not treated as a publisher?

From the Polish government’s perspective, however, such so-called interference is a constitutional duty: “The Constitution… guarantees full freedom of expression… Therefore, any manifestations of limiting it must meet with the reaction of the state to enable protection against interference with this freedom,” Kaleta insisted.

“The Left tries to define any fundamental criticism of its views or ideology as ‘hate speech’, and then expects such content to be censored or even punished… the left is trying to consistently implement its anti-democratic aspirations,” he added.

“This law is a response to what they are trying to impose on us as legal norms, that is, forcing us to censor with political correctness and refrain from expressing one’s opinion.”

We need to defend free speech, and conservatives who don't look beyond the "government intervention" angle need to come up with better arguments.

In the meantime, the Polish government is trying to do something about it.

Click here to see the Polish language source article, with a comments section.