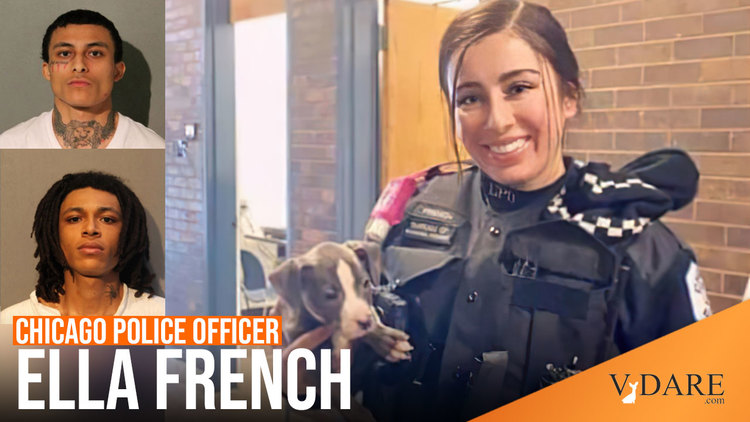 ﻿Police Disengagement With Blacks Would Have Saved Officer Ella French

Earlier: What Would Police Disengagement With Blacks Look Like?

I wondered if some people didn’t think that sounded like a nutty idea, because it would allow blacks to run lawless.

But here’s an example in which it would have worked just fine.

West Englewood is more than 90 percent black.  The incident that led two black brothers to fatally shoot her started with a traffic stop.

According to the Chicago Tribune, the reason for the stop was expired plates

There is no reason for a white police officer to die over this.  The police can easily ignore an infraction like this.  Or they could send a ticket to the address of the registered vehicle owner.

Even a few years ago, it might have been different.  But in a city in which Mayor Lori Lightfoot declares she won’t interview with white journalists, it should come as little surprise that blacks consider themselves free to murder white police officers.

In general, whites’ interactions with blacks are becoming increasingly dangerous for whites, and the interactions should be minimized as much as possible.