Pointers on Democracy from Indonesia (Of All Places) 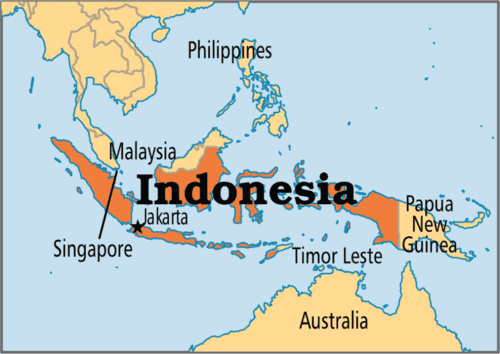 Indonesia is a pretty unlikely democratic success story, but the giant, heavily Muslim southeast Asian country managed to have a peaceful presidential election recently. Some pointers from the NYT:

A central reason for Indonesia’s success is that, unlike in Thailand, post-Suharto civilian leaders in Indonesia sidelined the armed forces from politics. Lawmakers passed constitutional amendments that stripped the military of its reserved bloc of seats in the House of Representatives and ushered in direct elections, from president all the way down to mayor.

Serving military officers were barred from government posts and political party activities, and ultimately, Indonesia’s armed forces were forced to sell off their commercial business interests.

A pretty common pattern, seen in Kemalist Turkey and now, especially, in Nasserite Egypt, is that what I call “Bonapartist” militaries, modernizing militaries in backward countries that offer “careers open to talent,” eventually end up owning huge chunks of the economy. You recruit bright boys to the military academies and teach them modern management techniques, but they wind up without all that much to do since modern warfare is too hideous to contemplate. So, they end up owning much of the business in the country. That’s a real problem in getting the Egyptian army to go back to the barracks since they have so many economic interests to defend (with guns, if need be).

China used to be like that. I remember a story from a generation ago about a fire in a disco in China killing hundreds. The reporter mentioned that the number of patrons in the disco far exceeded the fire safety capacity, but lowly fire inspectors wouldn’t dare cite a disco, since all the discos in China were owned by the People’s Liberation Army, and they have artillery. But rapid economic growth has helped China get out of this corner.

… Another crucial democratic advance for Indonesia, experts say, was its bold move to regional autonomy across the far-flung archipelago a year after Suharto’s resignation in May 1998. That decentralization of power broke Jakarta’s political monopoly and prevented the emergence of a new, dominant national political force. …

It also gave smaller political groups a way to survive even if they failed to win a national election. “Forces that lose out in the center can still hold power in provinces and districts, making them accept the outcome of political contests,” Mr. Mietzner said.

The legend is that during the 1994 vote-counting in South Africa, Mandela simply assigned the Cape to the white party and Natal to the Zulu party so that their leaders would have jobs and a stake in his system.

Beyond the jobs for the boys aspect, federalism is suited to diverse countries. In general, if you have a lot of diversity, like Indonesia or Switzerland has, you should have a lot of decentralization of power, as in old federalist America. In contrast, England and France are centralized states that have molded their elites to be culturally homogeneous (e.g., by the use of boarding schools in England such as Eton and Harrow) and thus suited to central rule.

The U.S. has increasing diversity, at least in Census counts, and increasing centralization. The political system that combination seems best suited for is empire (e.g., after Julius Caesar conquered Gaul, the Roman Republic was history).

“Well, Doctor, what have we got—a Republic or a Monarchy?”