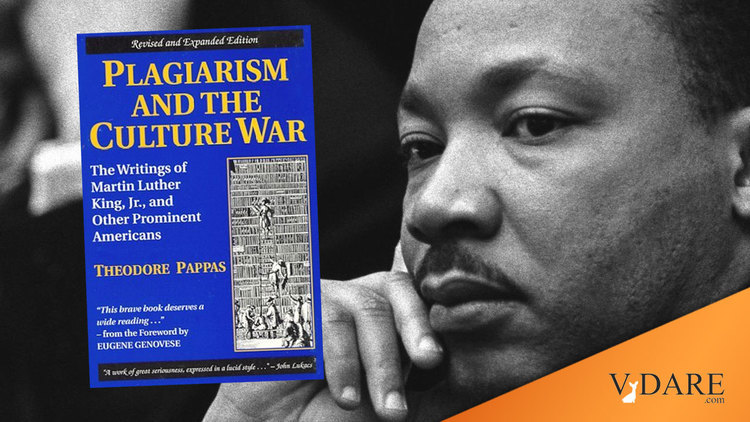 Give credit where credit is due. The New York Times has nailed a Democrat's hide to the wall in revealing that U.S. Sen. John Walsh of Montana plagiarized a hefty chunk of his thesis for a Master's degree from the U.S. Army War College. The Times' graphic is most damning.

Good for the Times. Also to its credit, the Times did not duck the subject, back in the 1990s, of a more famous man's plagiarism: Plagiarism Seen by Scholars In [Martin Luther] King's Ph.D. Dissertation, By Anthony De Palma, November 10, 1990

But one would love to have seen King get the same graphic treatment that Walsh received to show just how extensive the Marxist adulterer's literary thefts were. King didn't just steal material for his doctoral degree, which was bad enough. He even ripped off passages for his infamous "I Have A Dream Speech" and "Letter From  Birmingham City Jail."