Pittsburgh anchorwoman Wendy Bell (above) was fired from her job after what one paper called a "racially inflammatory" post: 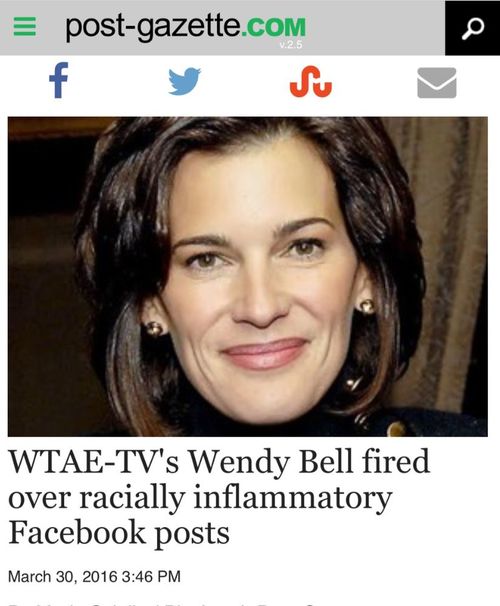 The Post-Gazette has changed its headline to Wendy Bell, fired over her controversial Facebook posts, says she didn’t get a 'fair shake', by Maria Sciullo, March 30, 2016 11:42 PM [You can comment on Charles W. Wolfertz III's decision to fire her here.]

What she was making an "inflammatory" post about was a mass shooting in Wilkinsburg, PA, that featured two gunmen and six victims, one an unborn child who died when his mother was shot. 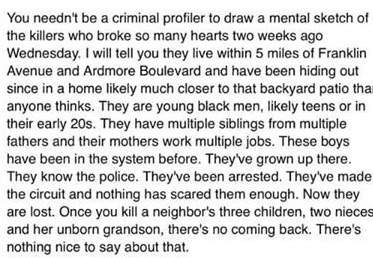 As usual with Heavy.com, they’ve omitted the most important point:

If you read Man Questioned In Connection With Wilinsburg Mass Shooting, By Heather Abraham, CBSPittsburgh, March 25, 2016 you can see what's going on. 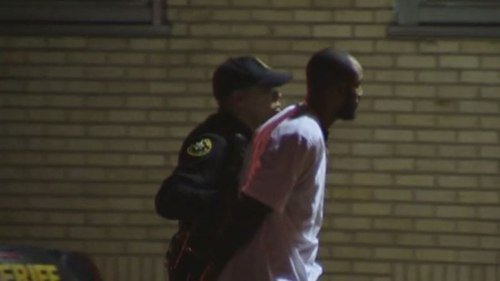 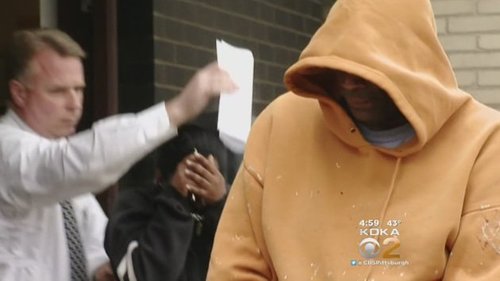 This man below is not a suspect. He's victim Lamont Powell. After being taken to the hospital for being shot, he was arrested for an outstanding assault warrant, but posted bond and was released. 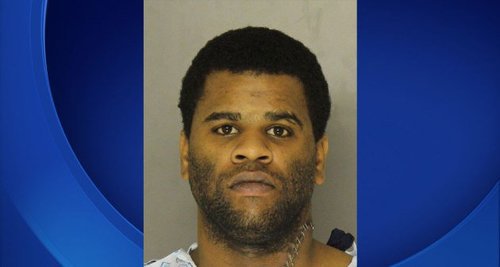 So what we have here is a black mass shooting involving, according to police spokesmen, "revenge." It is not a "lone gunman" mass shooting (there are at least two gunmen) it's not an "Immigrant Mass Murder" in which an immigrant snaps, and kills a bunch of Americans, or his whole family. It's not a "Disgruntled Minority Massacre", in which a minority group employee shoots their white employers and fellow workers. 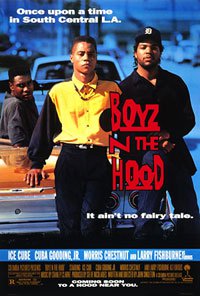 It's just typical black-on-black crime—the kind we had in the 90s, when director John Singleton made Boyz n the Hood. The kind, that under the influence of Black Lives Matter, and what we call Minority Occupation Government, is making a comeback.

To repeat the statement that Wendy Bell was fired for:

You needn't be a criminal profiler to draw a mental sketch of the killers who broke so many hearts two weeks ago Wednesday.

They are young black men, likely teens or in their early 20s.

They have multiple siblings from multiple fathers and their mothers work multiple jobs. These boys have been in the system before.

They've grown up there. They know the police. They've been arrested.

But apparently not arrested often enough to prevent them from committing a mass murder. There is, as Ms. Bell said, nothing nice to be said about that. And in the Mainstream Media, apparently there's nothing to be said at all.