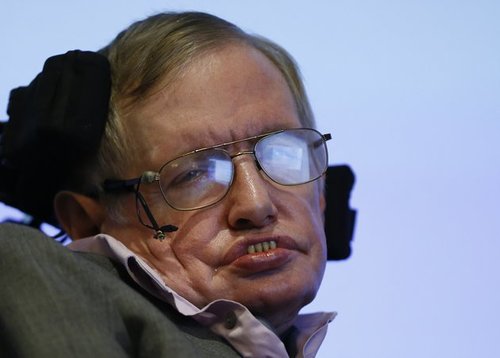 I’ve been following the topic of automation destroying employment for a few years and am still waiting for a conservative response of what to do if indeed half of America’s jobs become displaced by smart machines in 20 years, as Oxford researchers have forecast. Coverage of the robot workplace revolution has been slim from conservative media, while liberdoodle PBS has done some very good programming about labor-saving robots replacing human workers.

The famous physicist Stephen Hawking remarked recently that capitalist elites will become even more wealthy as robots they own gobble up increasing numbers of jobs. Perhaps to a degree, but the automated, unemployed future will have fewer shoppers with money to spend.

Meanwhile in Washington, the silence about technological unemployment is nearly complete. Only America’s Senator Jeff Sessions has been wise enough to connect the dots between smart machines and America’s sharply reduced need to import immigrant workers.

Human workers used to build cars not long ago. 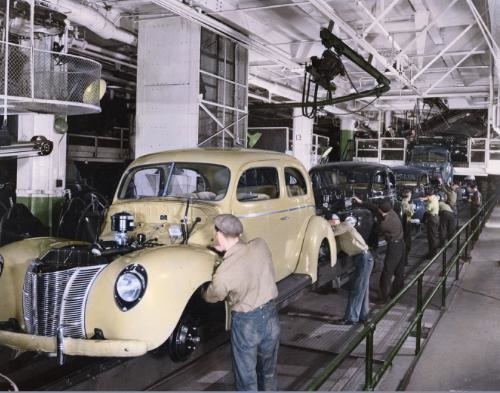 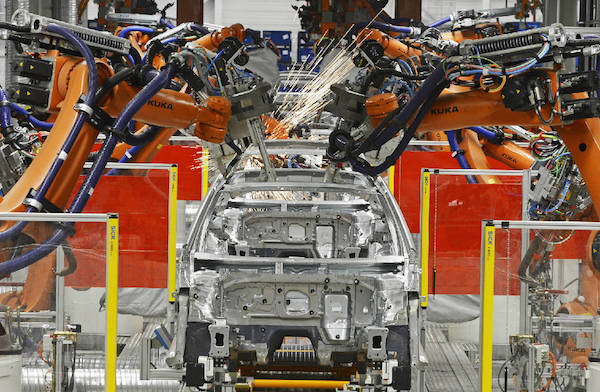 This is the technological change that is partially causing the miserable jobs economy today, and we are only at the beginning. But few in government are willing to talk about how the economic earthquake should be handled now and going forward.

Stephen Hawking Says We Should Really Be Scared Of Capitalism, Not Robots, Huffpo, October 8, 2015

“If machines produce everything we need, the outcome will depend on how things are distributed.”

Machines won’t bring about the economic robot apocalypse — but greedy humans will, according to physicist Stephen Hawking.

In a Reddit Ask Me Anything session on Thursday, the scientist predicted that economic inequality will skyrocket as more jobs become automated and the rich owners of machines refuse to share their fast-proliferating wealth.

If machines produce everything we need, the outcome will depend on how things are distributed. Everyone can enjoy a life of luxurious leisure if the machine-produced wealth is shared, or most people can end up miserably poor if the machine-owners successfully lobby against wealth redistribution. So far, the trend seems to be toward the second option, with technology driving ever-increasing inequality.

Essentially, machine owners will become the bourgeoisie of a new era, in which the corporations they own won’t provide jobs to actual human workers.

As it is, the chasm between the super rich and the rest is growing. For starters, capital — such as stocks or property — accrues value at a much faster rate than the actual economy grows, according to the French economist Thomas Piketty. The wealth of the rich multiplies faster than wages increase, and the working class can never even catch up.

But if Hawking is right, the problem won’t be about catching up. It’ll be a struggle to even inch past the starting line.