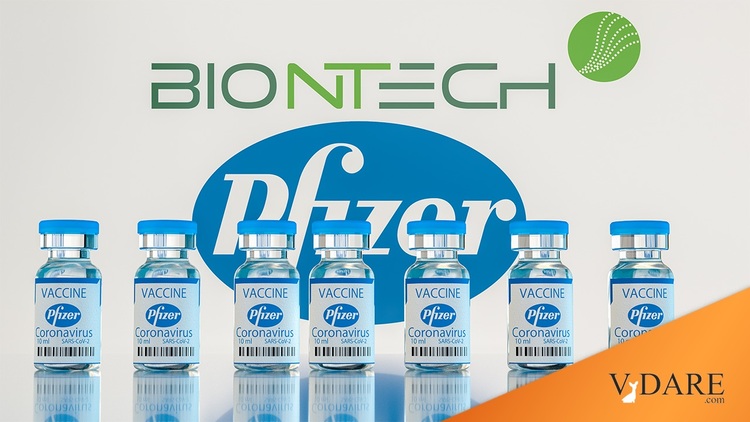 With baseball season and the supply of new baseball statistics over, I’m really getting into vaccine stats as a substitute. Especially because they have recently been like Cody Bellinger in April 2019: Last night, your favorite player hit two more homers and threw the tying run out at home. From StatNews:

Pfizer and BioNTech announced Wednesday that the efficacy portion of their Covid-19 vaccine trial has been completed, showing the vaccine to prevent 95% of cases of the disease.

The companies said that they plan to submit to the Food and Drug Administration for an emergency use authorization “within days,” and will also submit to regulatory agencies around the globe.

The results come little more than a week after the companies said an earlier analysis from the study showed the vaccine reduced infections by more than 90%, and just days after another company, Moderna, said that a similar vaccine reduced infections by 94.5%. Taken together, the results raise hopes that vaccines will be broadly available sometime next year, and also, perhaps, that other vaccines against the disease will also prove effective.

In a conversation at the STAT Summit Tuesday, Pfizer CEO Albert Bourla said that viewing the earlier data on the efficacy of the vaccine had been a high point in his life. “When I heard the over 90% efficacy, I felt I was living a dream,” he said.

Of the 170 cases of Covid-19 Pfizer observed in its trial, 162 occurred in the placebo group and just eight among the group that got its two-dose vaccine. Of the 10 cases of severe Covid-19, nine were in the placebo group, an important finding which suggests the vaccine prevents not only mild cases, but the type of serious disease that leads patients to die or be hospitalized.

In the early look at the Moderna trial, which is not yet complete, there were 11 cases of severe disease, all in the placebo group.

These are quite similar vaccines, so it’s not irrational to add two sets of statistics together: e.g., 20 of 21 severe cases were in placebo group.

Pfizer said that no serious safety concerns related to the vaccine were reported in its study, which included 43,661 volunteers. Data on common side effects was tracked in an 8,000-patient portion of the study. The only severe side effects to occur in more than 2% of people were fatigue, which occurred in 3.7% of patients after the second dose, and headache, and headache, which occurred in 2.0% Older adults had fewer and milder side effects than younger participants. Approximately 19,000 participants in the study have been followed for at least two months since their second dose of the vaccine.

… Roughly 45% of U.S. participants are between the ages of 56 and 85, a group at particularly high risk for severe Covid-19.

And it was 94 percent effective in older adults, who are more vulnerable to developing severe Covid-19 and who do not respond strongly to some types of vaccines.

If the F.D.A. authorizes the two-dose vaccine, Pfizer has said that it could have up to 50 million doses available by the end of the year, and up to 1.3 billion by the end of next year.

However, only about half of its supply will go to the United States this year, or enough for about 12.5 million people — a sliver of the American population of 330 million. Americans will receive the vaccine for free, under a $1.95 billion deal the federal government reached with Pfizer for 100 million doses.