Earlier: Buckley, Edgar Smith And Norman Mailer—Buckley Was Gullible About A Killer, But Mailer Got His Guy Out Of Jail Even Though He Knew He Was Guilty

Ark. Woman Befriended Mom’s Killer Out of ‘Spiritual Obligation’ — and then He Murdered Her

Martha McKay was kind to Travis Lewis, who was convicted and released after he killed her mother and cousin in 1996

For more on the murder at Horseshoe Lake, pick up a copy of this week’s issue of PEOPLE, on newsstands Friday.

People puts online shortened digests of longer stories to get you to buy the paper magazine, which seems pretty reasonable.

… McKay’s family and friends were devastated when she was killed on March 25, 2020, at Snowden House, the historic antebellum-style home on Horseshoe Lake, Arkansas, she bought from her family in 2004, restored and reopened as a luxury bed-and-breakfast.

McKay, 63, was found stabbed and bludgeoned to death at the top of the stairs, near a bag filled with her belongings, as well as a utility knife.

Authorities were shocked when they pulled the body of her killer out of the lake (he’d jumped in and drowned during a police chase): it was Travis Lewis, who’d been convicted at 17 for the horrific 1996 murders of her mother, Sally Snowden McKay, 75, and her cousin, Joseph “Lee” Baker, 52, a prominent Memphis blues guitarist.

Lewis pleaded guilty to the murders but never confessed, maintaining that another man killed the two, say police.

Knowing how forgiving McKay was, family and friends were still shocked when she befriended him after he went to prison (Lewis was sentenced to 28 ½ years after pleading guilty).

McKay also felt bad that he was so young when the murders took place – and believed his claim that someone else was responsible, says Crittenden County Sheriff Mike Allen.

When Lewis was finally released on parole in 2018, McKay quietly gave him a job doing work on the property, Hutton says.

Mailer and Jack Abbott are the best known example, but Styron (author of Sophie’s Choice) had a similar experience with Benjamin Reid. In 1962, Styron had written a couple of Esquire articles about how a black death row inmate named Benjamin Reid while, no doubt guilty, was too much a victim of society to deserve the death penalty. This started a movement in Connecticut that included Yale chaplain William Sloane Coffin and an undergrad George Will to get clemency for Reid. He was eventually to be released from prison into Styron’s care in 1970, but just before his release date, Reid escaped from a work gang and kidnapped and raped a woman.

And then there was Buckley’s involvement with Edgar H. Smith. From the Washington Post:

It began in March 1957. Police found a body dumped in a desolate sand pit in Ramsey, N.J. The remains belonged to Vickie Zielinski, a popular 15-year-old high school cheerleader whose skull had been crushed by a boulder, her clothes in disarray.

A neighbor, Edgar H. Smith, a machinist who lived in a nearby trailer park with his wife and daughter, was quickly identified as the likely killer. He was convicted of first-degree murder and sentenced to die in the electric chair.

A high school dropout who was reputed to have a 154 IQ, he became a savvy, self-taught jailhouse lawyer, filing appeal after appeal staving off his execution and adamantly denying his guilt. 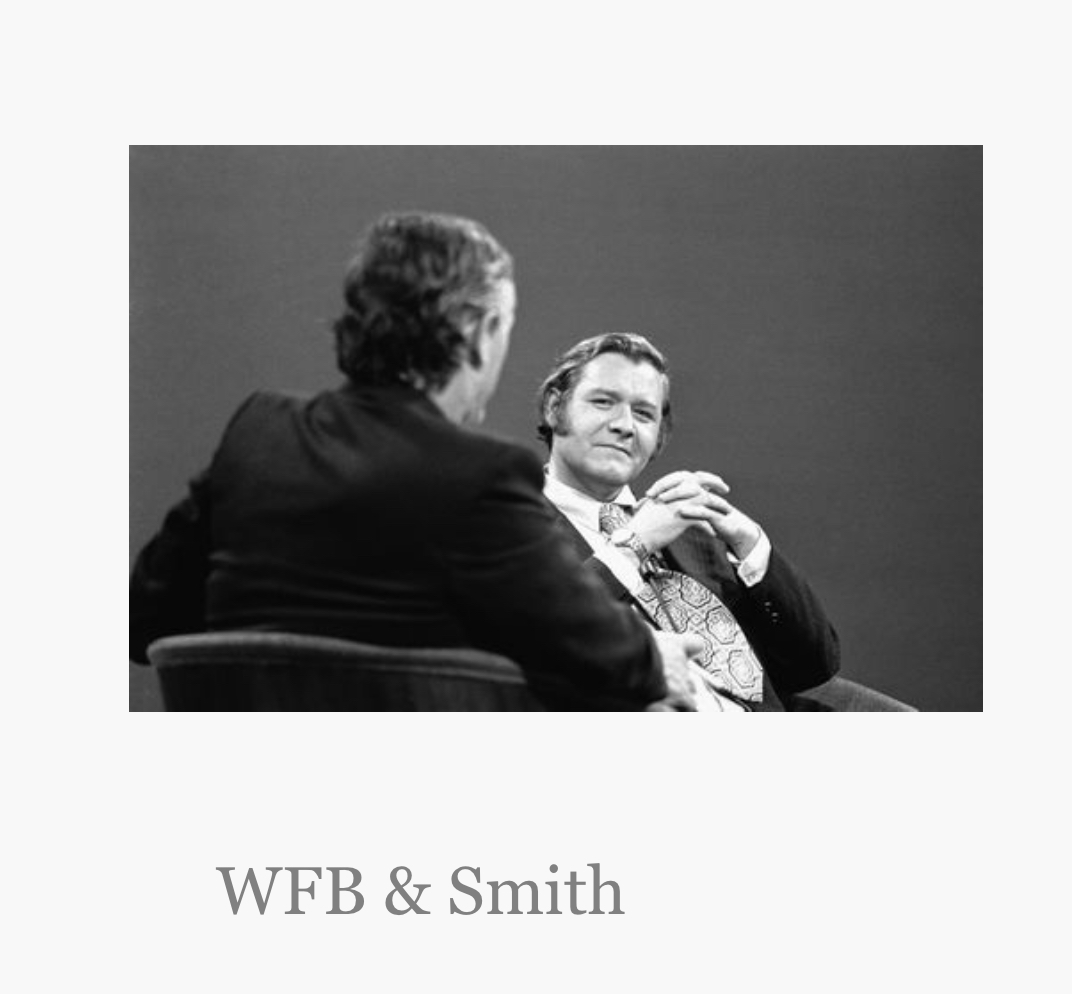 So began the strange, riveting and horrifying odyssey of Mr. Smith, who became a cause celebre when influential conservative commentator William F. Buckley Jr. began campaigning for his release in the mid-1960s. Buckley profiled him sympathetically in Esquire magazine, helped establish a defense fund to retain top-notch lawyers and transformed Mr. Smith into a symbol of the heavy-handed justice of the state.

In a stunningly engineered plea bargain in 1971, the attorneys won Mr. Smith release. He wrote a book, “Getting Out,” made high-profile TV appearances and pulled down hefty fees for speeches before college audiences and legal groups.

After settling in California, his moment in the spotlight gradually dimmed. He became unemployed, went broke and began drinking heavily. He spent five years as a free man, then suddenly attacked again, a gruesome assault in which he kidnapped and stabbed a woman in San Diego

At trial in 1977, he dropped a confessional bomb, admitting for the first time that he had murdered Zielinski after all, stunning the public and, most of all, Buckley.

Reid (Styron and Will) was black, Abbott (Mailer) was Eurasian, and Smith (Buckley) was white.