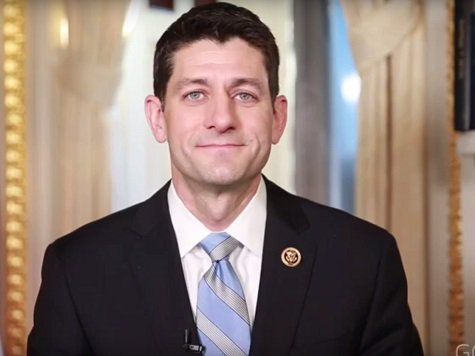 Congressman Mo Brooks had some politely positive things to say about Paul Ryan on Fox News this morning, but allowed that the reluctant candidate for Speaker would have to chill on his amnesty fixation to get Brooks’ vote:

MO BROOKS: Now on to Paul Ryan. I have some reservations about Paul in particular with respect to amnesty for illegal aliens. He’s been a staunch proponent of this amnesty program that was in the Gang of Eight Senate bill that over a ten-year period of time would either have legalized or brought into America anywhere from 44 million to 57 million foreigners. If our economy was booming that’d be one situation, but our economy is rather anemic and I’m not going to support economic policies, immigration policies that would deprive Americans of jobs or suppress their wages.

So Paul will have to change his position a little bit, but Paul is a charismatic individual. He knows how to raise the money, he knows how to communicate, so he’s got some real strengths too, but the immigration stances that he’s taken in the past — he would have to assure people like myself that those are not going to be forced through the House of Representatives if he becomes Speaker of the House.

Congressman Brooks is thinking about how government creating a massive influx of excess workers during the jobless recovery is exactly the wrong thing to do to American workers.

Paul Ryan is supposed to be king of the green-eye-shade guys, but apparently believes that an amnesty for millions of low-skilled third-worlders would be a financial plus. If that theory worked, then backward countries like Zimbabwe would be world powerhouses. And serious research from Heritage’s Robert Rector show that amnesties cost taxpayers trillions of dollars, and even the smallish Obama executive amnesty is a blood-sucker.

Meanwhile, Breitbart pulled up some unpleasant reminders of Ryan’s enthusiastic amnesty advocacy, such as his campaigning against Prop 187, the successful 1994 California proposition prohibiting illegal aliens from receiving state benefits, found in: NumbersUSA President: Paul Ryan ’Terrifying,’ Open Border Seeps Out of Every Pore of His Being’.