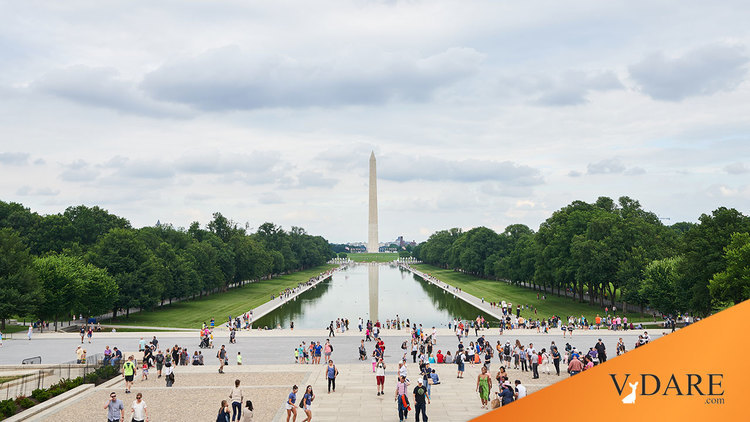 Striking Back At Our Evil And Indifferent Overlords

In the June, 2013 issue of The American Spectator, Peter Hitchens opens his article, Revenge of the Fruitcakes, with:

Conservative politicians in the modern world generally despise their own voters. They need them at election time, but they do not enjoy meeting them, and find their views on morals, migration, education, and crime embarrassing. This is a problem only when the voters find out. Even then, the supporters of right-wing parties are by their nature so loyal that they refuse to believe the truth, and carry on electing men and women who obviously dislike them and are bound to betray them.

Hitchens was writing primarily about the prospects for Nigel Farage's United Kingdom Independence Party, which has recently had some notable electoral successes at the expense of the barely-clinging-to-power British Conservative Party (the "Tories"), under the suzerainty of (the contemptible) Prime Minister David Cameron.

While Hitchens focuses his ire on British "Conservatives" [note the capital "C"], it seems to me that essentially the same point can be made about the post-national superior beings who dominate both major parties on the American side of The Pond: Their disdain and disregard for the interests of their average fellow citizens is nearly complete.

Now immigration-sanity stalwart Mark Mendlovitz, whom I've known for 13 years, has suggested shaking up our "elites" where they live, so to speak.  At the blog hosted by Californians for Population Stabilization [CAPS], Mark writes (I'm Fighting Back—And So Can You):

Last Saturday morning, my phone rang. When I picked it up, the woman on the other end announced that she was calling on behalf of the Republican National Committee (RNC) and asking for donations.

I immediately had an answer for her, and it wasn’t the one she hoped to hear. I told her that a few months ago, as the Senate Gang of 8 was secretly negotiating with pro-amnesty and mass immigration lobbying groups, I made a decision to cut off contact with the Republican Party and that I would not be donating any more money until the amnesty threat was gone. I also let her know that I was  angry at the Republican Party’s support of amnesty, and if an amnesty law was  enacted, they would never get another thin dime from me.

While we are up against very powerful special interests who are arrogantly throwing their money around, conducting media campaigns and buying off the politicians, we also possess something that the Democrat and Republican Parties, as well as other political organizations, treasure dearly, our personal information.

There is a simple way that we can all leverage our own valuable personal information to fight back: contact your party headquarters, as well as the Senate and congressional arms to tell them you want all of your personal information permanently removed from their databases and for them to never contact you again. It is critical to explain that the reason for your actions is that you oppose Republican and Democrat Party support for amnesty.

Phone calls, faxes, and written correspondence are best. Email contact should only be considered in addition to contact by phone, fax, or letter, since these offices often get inundated by email and treat it as a low priority. Also, any harassing phone calls you may have received from party fundraisers should be reported as such.

Inspired by Mark's suggestion, I immediately phoned the three Repub committees, from all of which I routinely receive begging letters.

I told the receptionists at two of them and voicemail at the third that I'm disgusted with the party's "pussyfooting around on this beyond-disgraceful immigration bill" and that I demanded to be taken off their mailing lists.  I added to the two receptionists I reached live that they should tell their bosses that I'm probably not alone in my anger.  (With the House [i.e. Congressional Committee] one, I said some of the congresspeople are good, but I was thinking of ones like Mario Diaz-Balart [FL] and Raul Labrador [ID].)

I put some heat in my voice, and both women I spoke to seemed to take seriously my demand to be removed from their lists.