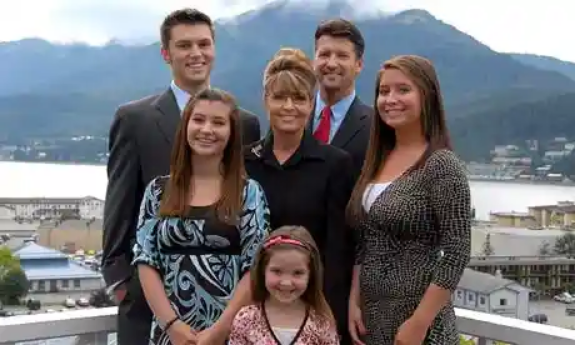 A couple of writers for Slate get it (almost) about how the Palins are the exemplars of my theory of Affordable Family Formation:

Working-Class Hero: How the Palins' enviable blue-collar lifestyle could help the McCain campaign. By Adriaan Lanni and Wesley Kelman

But the pregnancy (which could help swing voters identify with Palin) threatens to obscure a seductive and misleading subtext in Palin's biography that may play a key role in the election: the way she embodies the hope of a blue-collar life without economic insecurity.

Actually, the 18-year-old fiance looks quite capable of doing a man's work and earning a man's pay in the Alaskan economy. I have no idea if he, personally, will turn out to be a decent provider, but he's got a strong back in a place where that's worth something.

Palin's background reminded us of an Alaskan we met several years ago. We had just moved to Anchorage for a temporary job in the state court system and struck up an illuminating conversation with a bricklayer while on a hike outside town. He made a surprising amount of money–he had moved to Alaska because its wages were so high. He also had enviable stretches of leisure: He worked long shifts during the short construction season, then spent all fall and winter riding his "snowmachine" (Alaskan for snowmobile), panning for gold–yes, people still do that there–and hunting and fishing. He exuded optimism; his life was good and he knew it, and there was no resentment of yuppies like us.

Palin's family, warts and all, has some of the same features. Husband Todd's two jobs–commercial fisherman and oil production manager on the North Slope–required little formal education and provide ample time off. Yet they pay extremely well. If you include the permanent fund dividend that Alaska distributes to its residents as a way of sharing oil tax revenues, the family made about $100,000 last year, not counting Sarah's $125,000 salary as governor.

Mr. Palin's income alone would put the Palins at about the same level as many well-educated, white-collar workers we knew in Anchorage. It is also enough money to enjoy a quality of life that is, at least to a certain taste, superior to what is enjoyed almost anywhere else, either in cities or in the countryside. Like the bricklayer, the Palins can hunt and fish in a place of legendary abundance. Their hometown may be a dingy Anchorage exurb, but it has cheap, plentiful land bordering a vast and beautiful wilderness, which is crisscrossed by Todd (the "Iron Dog" champion) and the Palin children all winter. (By comparison, in the Northeast many leisure activities are brutally segregated by income: Martha's Vineyard vs. the Poconos, the Jersey Shore vs. the Hamptons.)

This free and easy life is radically different from the desperate existences depicted in Barack Obama's speeches. The main policy thrust of Obama's acceptance speech (and of both Clinton speeches) was that middle-class families, and particularly blue-collar families like the Palins, are in crisis because of stagnant wages, unemployment, foreign competition, and growing inequality. But these problems, which are a statistical fact, seem a world away from the Palin family.

This disjunction between the good life for many Alaskans and the not-so-good life for working-class families elsewhere suggests several strategies for the McCain campaign. Palin certainly has more credibility than McCain to attack Democrats' economic policies. More subtly, Palin embodies a notion that Republicans can create a society like Alaska–where the culture has a heavy working-class influence, state taxes are nonexistent, economic prospects are good for people regardless of formal education, and bricklayers can make the same money as urban lawyers (and have more fun in their spare time).

While Democratic policy tries to help blue-collar workers by making it easier for them to attend college and get office jobs–that is, by encouraging them to cease to be blue-collar–Palin's Alaskan story offers hope from within the blue-collar culture. She validates the goodness of life in rural America because she has embraced a particularly exotic, turbocharged version of this life. Her biography, bound to be emphasized by Republicans, thus makes a powerful appeal to one of the country's most decisive constituencies.

The rub, of course, is that however genuine it may be, Palin's family life may not be possible outside Alaska.

The bottom line is supply of land vs. supply of labor. That's always been America's big advantage, but John McCain, of course, will never get it. Ben Franklin did get it, way back in 1751:

”For People increase in Proportion to the Number of Marriages, and that is greater in Proportion to the Ease and Convenience of supporting a Family. When Families can be easily supported, more Persons marry, and earlier in Life. ... Europe is generally full settled with Husbandmen, Manufacturers, &c. and therefore cannot now much increase in People. … Land being thus plenty in America, and so cheap as that a labouring Man, that understands Husbandry, can in a short Time save Money enough to purchase a Piece of new Land sufficient for a Plantation, whereon he may subsist a Family; such are not afraid to marry… Hence Marriages in America are more general, and more generally early, than in Europe.”

Franklin then pointed out the policy implication of this simple logic: don't flood the country with foreigners. McCain will never, ever figure that out.