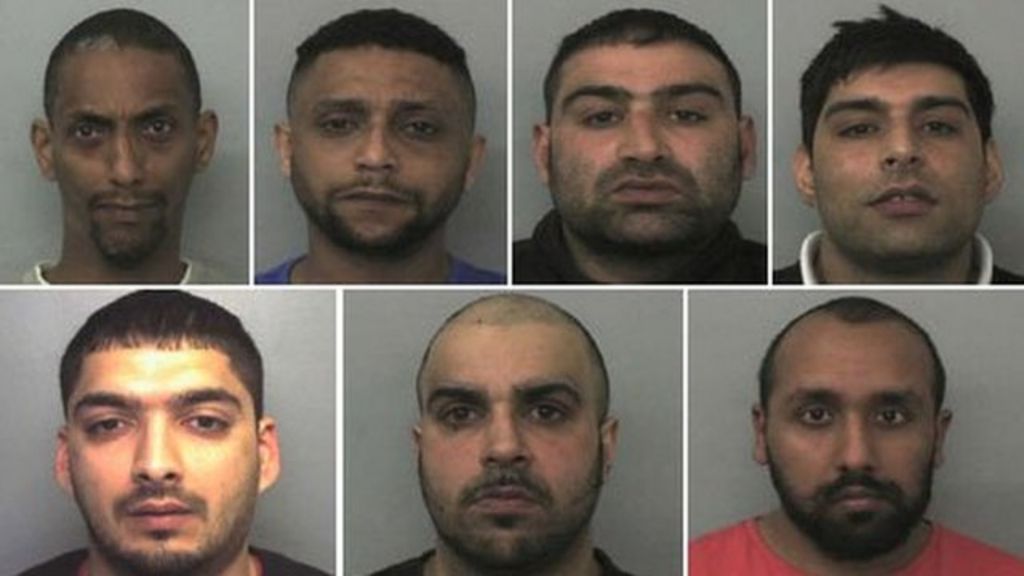 BBC: "The court heard how the men drugged the girls and took them to towns and cities to be raped"

LONDON (AP) — A London court has convicted seven men of committing sex crimes against underage girls, some as young as 11.

The guilty verdict Tuesday followed five months of testimony indicating the gang exploited girls between 2004 and last year in the Oxford area.

The case follows several other high-profile cases of sex rings that took advantage of underage girls who were plied with alcohol and drugs before being forced to commit sex acts.

Charges in the latest case include rape, trafficking and child prostitution.

Two men were cleared of the charges Tuesday. Those found guilty will be kept in custody until they are sentenced next month.

That's the story in its entirety. This is international news?

Kamar Jamil, 27, and brothers Akhtar Dogar, 32, and Anjum Dogar, 31, and were convicted of rape, facilitating child prostitution and trafficking.

Assad Hussain, 32, was convicted of two counts of sexual activity with a child.

Mohammed Karrar, 38, was found guilty of rape of a child under 13 and procuring abortion, conspiracy to rape, child prostitution and trafficking.

Mohammed Karrar's brother Bassam, 33, was found guilty of rape and conspiracy to rape girls under 13, child prostitution and trafficking.

Zeeshan Ahmed, 27, was found guilty of sexual activity with a child.

The youngest girl to be targeted was 11 years old. The girls were mostly chosen because their unsettled or troubled lives made them easier to manipulate

Once again I commend the U.K. site Rape Jihad (you need to scroll down).

A case could be made that AP’s abuse and exploitation of the American public is, in its sphere, as bad as that of the Oxford Perps.