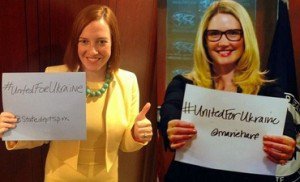 I’m no fan of this country’s invade the world foreign policy, but I do want other countries to respect and fear us.

How seriously does any head-chopping fanatical Muslim take a country represented by this pair? 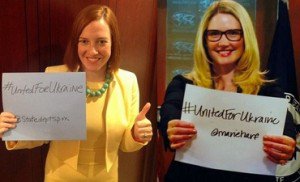 That’s Jen Psaki and Marie Harf, spokesladies for the  State Department. They’re in their 30s, but neither of them look like they’re too far out of pigtails and pimple cream. But it gets worse. This is what Harf said about ISIS’ beheading 21 Christians: “We need, in the longer term, medium and longer term, to go after the root causes that leads people to join these groups, whether it’s lack of opportunity for jobs.”

This is what you get when you feminize your military and foreign diplomatic corps.

How far we’ve fallen from “Perdicaris alive, or Raisuli dead.”