On Saturday, I attended a San Francisco Giants home game with friends on a perfect evening for baseball by the Bay. The opposing team was the Diamondbacks, which attracted a couple hundred loud leftists to descend on the ballpark to march and shriek against border protection, in response to the tougher law recently passed in Arizona.

The photos I took, posted below, don’t begin to convey the headache-inducing decibel level of the obnoxious protesters. 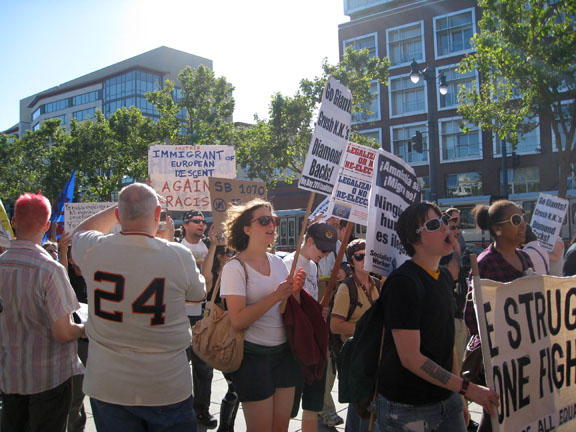 This fellow’s T-shirt celebrates the 40-year anniversary of Che Guevara’s death. Che was a popular symbol among this bunch. 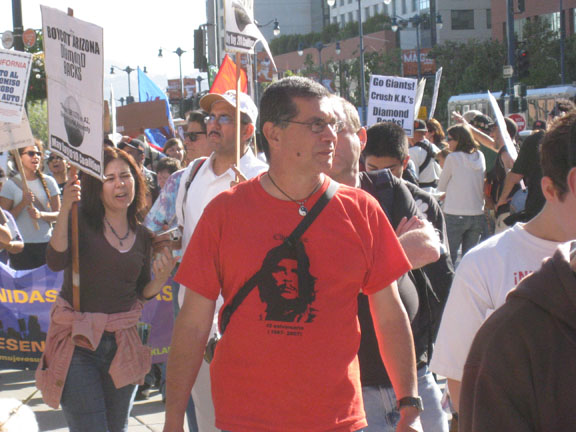 It’s hard to imagine that Mexicans believe their dirtbag homeland to be a shining pueblo on a hill while they are struggling to escape it, but some do. Then-Presidente Vicente Fox remarked in 2006, “We are already a step ahead, having been born in Mexico. Imagine being born in the United States, oof!”

This guy pictured exhibits a historic swath of the Mexican supremacist/victim mentality — from Emilio Zapata (on the t-shirt, who is a figure from Mexico’s revolution) all the way to claiming PBS’ Dora the Explorer as a victim of police state brutality. If America is really Nazi Germany, then why would anyone want to raise their children here? Returning to gentle Mexico seems a no-brainer for persons with those beliefs. Instead, they demand to be given all the rights of citizenship. 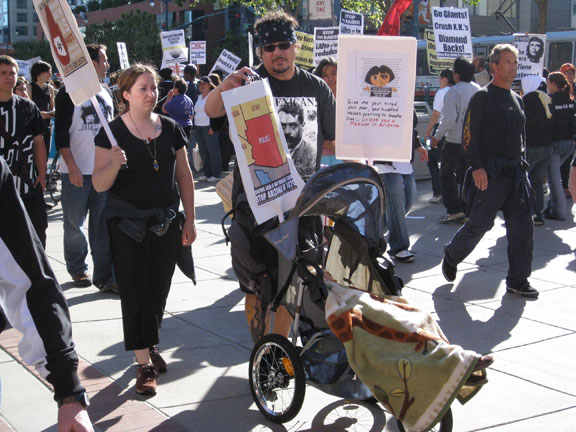 Because this is San Francisco, expression of looniness is a given, such as the pink Stop Racism crown on this person. 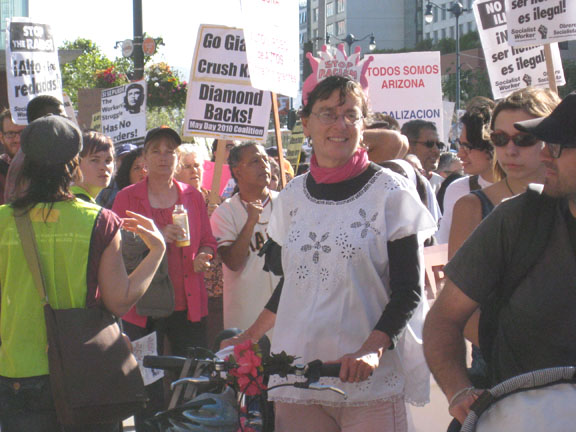 Another day behind the lines, residing in post-America!