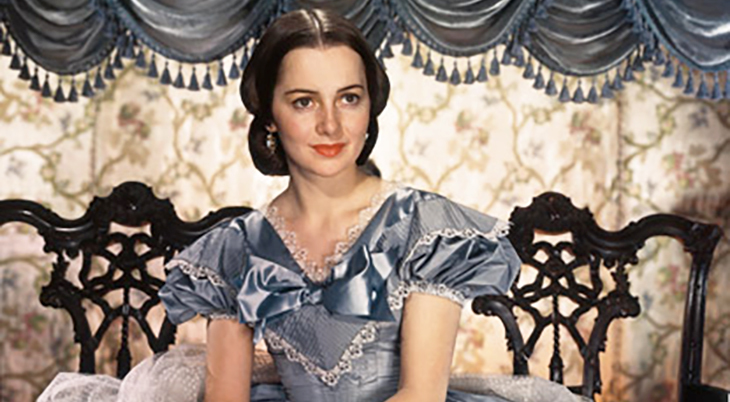 She was admired by other actors not just for her skills but for her courage in winning a major employment lawsuit in the California Supreme Court over the movie studios, who took their revenge upon her career.

David Niven explained this in his 1975 book Bring on the Empty Horses. Before de Havilland’s victory in 1943, most actors were signed to seven year contracts, but the fine print allowed the studio to plunge an actor into an interminable purgatory if he didn’t like the roles he was assigned:

Certainly if an actor refused to perform, he could not expect to be paid, but the monstrous thing was … not only was he suspended for the duration of the filming of the picture (probably at least four months), but he was also suspended for an additional 50 percent of the time as a punishment … and the entire period of six months was added to the end of the contract.

Some of us gave twelve or fourteen sulfurous years of our short actors’ lives working off a seven-year contract which had originally been conceived in mutual admiration and respect.

After one important actress had the guts to take her case against Warner Brothers all the way to the Supreme Court, a ruling was handed down that no contract with an employee could be extended without the employee’s consent, and every contract actor in Hollywood blessed Olivia de Havilland … but after her courageous stand, she was seldom offered a role in a Hollywood picture.

Her sister Joan Fontaine won an Oscar in 1941 too. And their cousin Geoffrey de Havilland designed the de Havilland Mosquito, a successful WWII warplane.

De Havilland must have been a glamorous name in the 1940s.