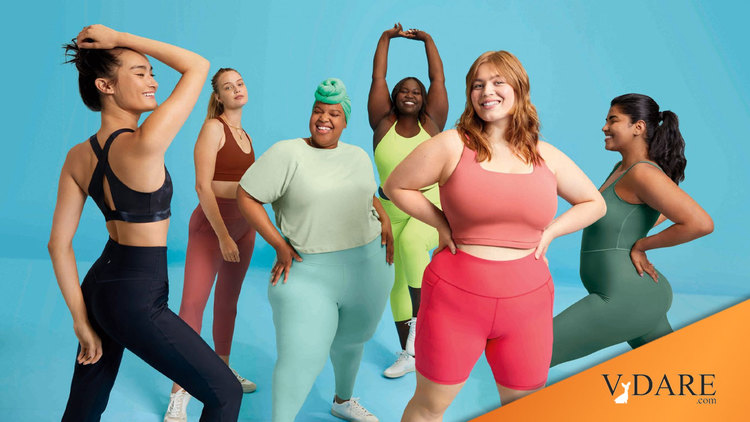 Here’s all you need to know about the retailer’s new initiative.

Old Navy is doing more than just expanding its plus-size range. After three years of extensive research and planning, the retailer is launching its BODEQUALITY initiative in an effort to normalize size-inclusivity across the board, finally giving curvy shoppers the options and space they have always deserved.

Unveiled on August 18, Old Navy’s BODEQUALITY initiative will introduce price parity across sizes 0-30 and XS-4X. Old Navy has completely done away with charging more for plus, providing a level playing field for all its clothing. Sizes 0-28 will be stocked in all Old Navy storefronts across the country, while size 30 will be sold exclusively online. Every Old Navy store will also now display mannequins in sizes 4, 12, and 18. In addition to these, the brand will be doing away with the term “plus-size” in-stores altogether, stocking all women’s apparel as one rather than separates.

But the BODEQUALITY initiative doesn’t end there. Digitally, shoppers can use the new toggle feature on Old Navy’s website to choose which size model they’d like to see the clothing advertised on.

Because women will of course buy more clothes when they have a realistic rather than optimistic view of how hot they’ll look in the new fashions if they aren’t a supermodel.

From the Wall Street Journal in 2022:

Old Navy Made Clothing Sizes for Everyone. It Backfired.

The clothing brand’s push for inclusivity left it with a shortage of middle sizes. ‘It’s super-frustrating.’

Old Navy set out to make clothes shopping more inclusive for women of all body types. It ended up with too many extra-small and extra-large items and too few of the rest, a mismatch that frustrated customers and contributed to falling sales and a management shake-up.

The New York Times these days almost always starts articles with a human interest anecdote representative of the theme of the article, which I usually delete in my blog posts and cut right to the topic sentence. I can’t afford a WSJ subscription, but this article starts instead with a summary sentence.

… Billed as one of the biggest launches in the brand’s history, Old Navy in August began offering all women’s clothing styles in size 0 to 30 and XS to 4X, making it one of the first retailers to place such a big bet on inclusive sizing. It did away with separate petite and plus-size departments and grouped all sizes of each style together. Mannequins in varying body shapes displayed the new wares. All sizes of a style were priced the same, a break with an industry practice in which retailers charge more for larger sizes.

… Soon after, however, Old Navy’s sales started to nosedive. Last month, Nancy Green, the chain’s president and chief executive, stepped down after less than two years running the brand. Gap warned that sales for the spring quarter would fall short of expectations in part due to troubles at Old Navy.
The extended sizes were the culprit, according to current and former employees.

Stores were selling out of the middle sizes and were stuck with piles of very small and very large sizes, the employees said….

At an Old Navy store in Queens, N.Y., racks of women’s clothes were recently selling for 50% off. Some women’s dresses were available in only XS and XXL. High-waisted canvas pants were sold out in sizes 4 through 10, but available in size 2 and in 12 to 28.

Shoppers said Old Navy’s message of inclusivity resonates with them. But it is sometimes outweighed by the frustration of not being able to find their size.

Few chains have gone as far as Old Navy. “It was a big step for the industry,” said Liza Amlani, the founder of consulting firm Retail Strategy Group. “Old Navy really invested in equality around sizing, not just in the product but from the way the stores were laid out.”

Most retailers sell clothes in sizes that range from 0 to 14. Adding additional sizes comes with extra costs from developing new patterns to buying extra material, Ms. Amlani said. Retailers tend to buy more of a given item in midrange sizes and fewer in very small or very large sizes.

But, experts say, the bell curve has been discredited. Follow The Science.

But they are often still short of the most popular sizes, while ending up with too many of the sizes that are less in demand. Offering a wider range of sizes can magnify that problem, she said.

The average American woman is a size 18 today, up from a size 14 five years ago, according to Don Howard, executive director of Alvanon, which works with brands and retailers on sizing and fit.

By the way, Alvanon, a firm that specializes in body measurement consulting by being experts on the actual size and proportions of customers in different markets, seems like one of those examples of a market research company that could be a gold mine. Using the Underpants Gnomes template, their business strategy appears to be:

A. Invest in developing a unique database.

B. Charge high prices for your data because where else can customers get the numbers?

The federal government measures height and weight for the use of American clothes manufacturers (not that there are many of those anymore) and retailers. But we’re six years out from the last survey, so who knows where we are now.

Fashion designer Diane von Furstenberg said this past Wednesday that her namesake company wants to cater to as many people as possible but that producing a wide range of sizes is expensive.
“If you are a size 2 and if you are a size 16, you do not use the same amount of fabric,” Ms. von Furstenberg said at The Wall Street Journal’s Future of Everything Festival. “You also don’t want to penalize the small people [who would be] paying more because the price has to be the same. It may be very controversial to bring that up. But I think it’s important.” Diane von Fürstenberg appears to be about a size negative four.

Nicole Cueto said she has been shopping elsewhere for activewear and jeans, because it has been hard to find her size at Old Navy in the past few months. “They mostly just have larger sizes and sell out of the small sizes,” said the 39-year-old publicist, who lives in Manhattan. “It is super-frustrating.”

Note to Old Navy: Publicists in Manhattan tend to have more money to spend on clothes than cashiers in Akron. Also, they tend to be more influential.