Obama Having A "Special" On Naturalizations To Fund His Illegal Amnesty—Impeachment, Rather Than "Defunding", Needed

Why is Impeachment going to be the only answer to Obama, rather than trying to "defund" him through Congress's "power of the purse", as Jeff Sessions suggested on Bill Bennett's radio show? Because he can raise money executively, through tactics like this. From CIS.org:

By Jessica Vaughan, November 20, 2014
One of the surprise elements in the president's leaked 10-point executive amnesty scheme is described as an effort to promote naturalization by offering a 50 percent discount on applications to the first 10,000 eligible green card holders who get their forms in if they show income that is less than 200 percent above poverty, presumably as defined here. This item left many of us scratching our heads, wondering what the point of a holiday sale on citizenship would be. 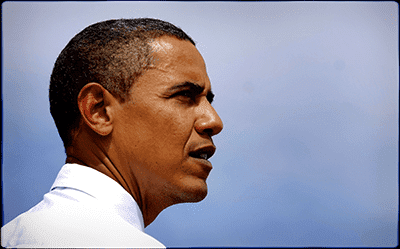 I learned from an insider that the purpose of this deal is not to promote citizenship, but to boost the volume of naturalizations to generate new fee revenue that the administration can use to fund other parts of the president's plan, including a way to give work permits to the illegal alien relatives of these new citizens.

USCIS, the agency that adjudicates applications for immigration benefits, is funded primarily by the collection of fees. Ninety-five percent of its budget comes from fees that are collected from applicants for most types of immigration benefits, from petitions to sponsor relatives or employees to replacement green cards to naturalization applications. By law, the agency is supposed to charge applicants a fee that equals the cost of processing the benefit, plus some money for the agency's overhead and also some cushion to subsidize the processing of applications for which there is no fee, such as refugee applications and applications for low-income applicants who qualify for a fee waiver. Certain fees, such as for professional guest workers (the H-1B category), are set by statute and not subject to the cost-recovery rules. The calculation of these rates is complex and is supposed to take place every two years. The last formal review was in 2009.

In recent years, Congress has become more lenient in allowing USCIS to skim off, or "tax", certain types of applications in order to fund others. The agency refers to this as "cross-subsidization". Currently, fees from legal immigrants and their sponsors subsidize refugee and asylum applications, military naturalizations, the anti-fraud division, and other activities — with "other activities" very broadly defined. This "cross-subsidization" surcharge has been about 15 percent, or $72 on each fee-paying applicant.[More]