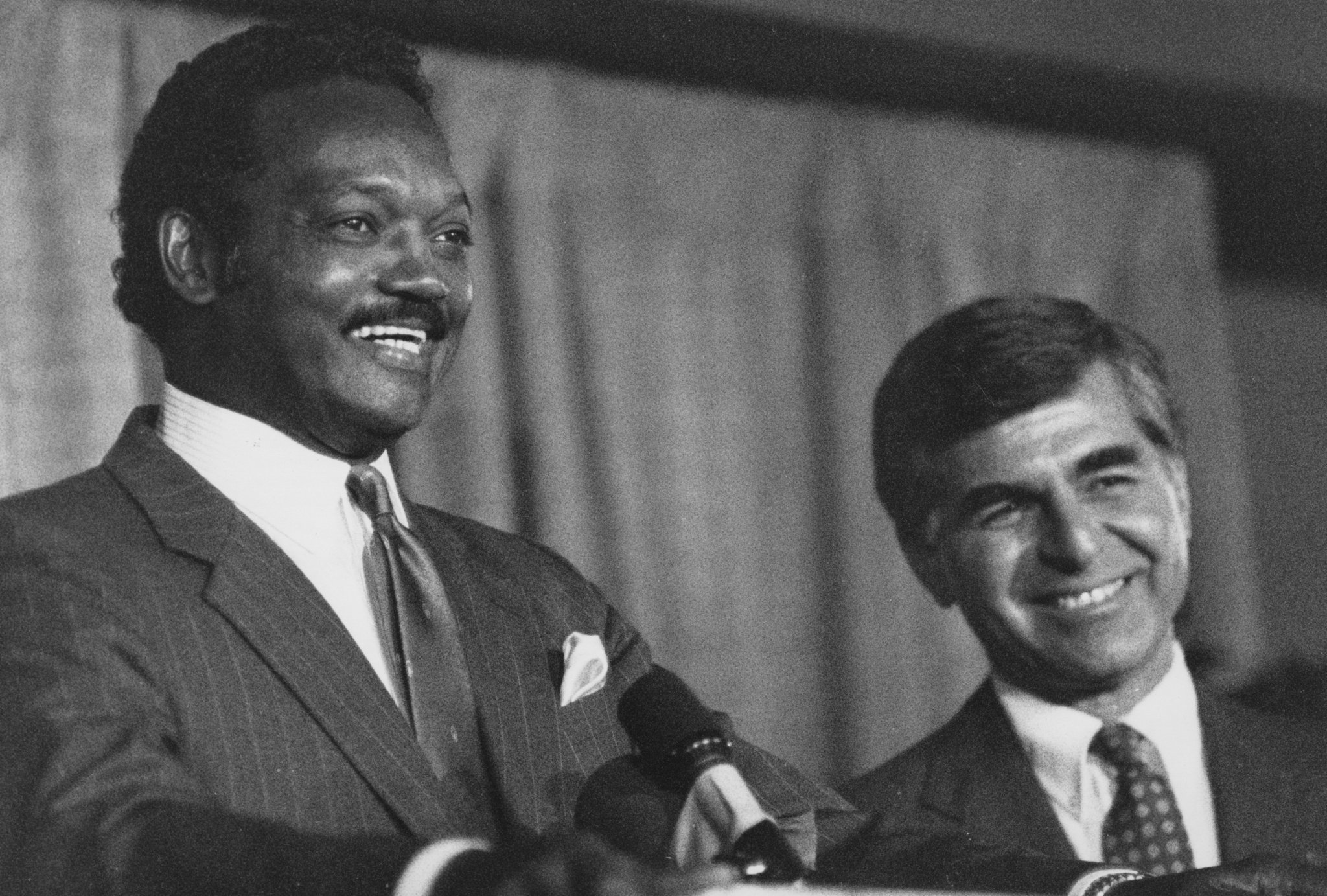 Jackson and Dukakis - Things can get too Black.

I see the Obama coronation has indeed been moved, with an additional excuse being added:

Democrats were also worried about the possibility of anti-Obama hecklers acquiring some of the free tickets to the event and disrupting the president’s speech. The move indoors limits that possibility because most of those in the crowd will be official convention participants.(My emphasis).

AP had the integrity to add

Forecasts for Thursday night had been improving all through the week. The National Weather Service said Wednesday morning that there is a 40 percent chance of thunderstorms in the afternoon, but it would drop to 20 percent by the time the president was scheduled to speak in the 10 p.m. hour.

My view, reinforced by the references to (unlikely) hecklers and confining the audience to official convention participants, continues to be that it dawned on the Obamacrats that the bigger gathering was likely to be too Black.

Peter Brimelow reminds me that columist William Safire saw this as lethal to the Dukakis campaign in 1988:

Before the conventions, it was generally conceded that George Bush was running substantially behind Michael Dukakis.

Today, pollsters, pundits, sages and savants opine in unison that Bush has caught up and pulled ahead.

… My own suspicion, which is not psephologistic enough to be called a theory, is that the Democratic National Convention came across on television as dominated night after night by Jesse Jackson and his legions of admirers, while the Republican convention was vanilla ice cream on white bread-culturally majoritarian…

The GOP’s MSM Groupies are already in infantile jeer mode at the cover story that Obama can't pull a crowd – only on VDARE.com will you read the political reality when race is involved