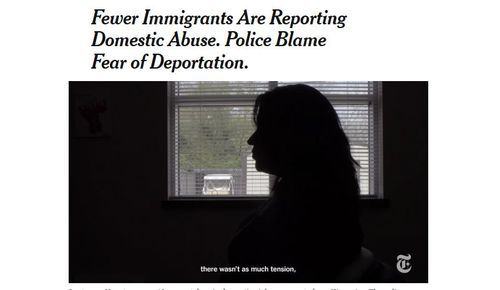 Obama Administration Tolerated Violence Against Women...If It Was Being Committed By Illegal Immigrants.

A huge headline in the New York Times:

The immigrant population grew significantly in Houston last year, yet the city saw a 16 percent drop in domestic violence reports from Hispanics.

In other words, the Obama Administration routinely tolerated violence against women, as long as it was being committed by illegal immigrants.