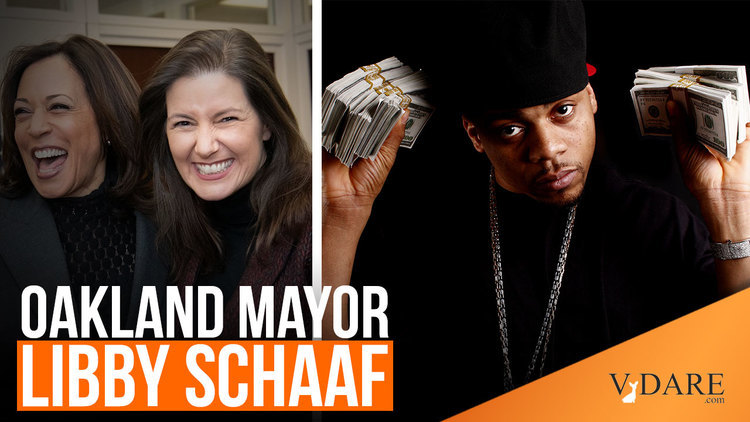 Oakland: 14th Amendment's "Equal Protection Of The Laws" Is Suspended For The Duration

Earlier: Oakland To Give Poor Families "Of Color" $500/Per Month, While Deliberately EXCLUDING Poor White Families

SACRAMENTO, Calif. (AP) — The mayor of Oakland, California, on Tuesday announced a privately funded program that will give low-income families of color $500 per month with no rules on how they can spend it.

The program is the latest experiment with a “guaranteed income,” an idea that giving poor people a set amount of money each month helps ease the stresses of poverty that often lead to poor health while hindering their ability to find full-time work.

The idea isn’t new, but it’s having a revival across the U.S. after some mayors launched small, temporary programs across the country in a coordinated campaign to convince Congress to adopt a national guaranteed income program. …

The Oakland Resilient Families program has so far raised $6.75 million from private donors including Blue Meridian Partners, a national philanthropy group. To be eligible, people must have at least one child under 18 and income at or below 50% of the area median income — about $59,000 per year for a family of three. …

Oakland’s project is significant because it is one of the largest efforts in the U.S. so far, targeting up to 600 families. And it is the first program to limit participation strictly to Black, Indigenous and people of color communities.

The reason: White households in Oakland on average make about three times as much annually than black households, according to the Oakland Equity Index. It’s also a nod to the legacy of the Black Panther Party, the political movement that was founded in Oakland in the 1960s.

“Guaranteed income has been a goal of the Black Panther platform since its founding,” said Jesús Gerena, CEO of Family Independence Initiative, which is partnering with the program in Oakland. “Direct investment in the community in response to systemic injustices isn’t new.”

How better to honor the legacy of a gang of murderous felons by discriminating against whites?

But isn’t this thinking small? Shouldn’t we be thinking about more radical reparations. For example, every black person in Oakland could be issued a white slave from the population of Oakland. (For purposes of defining “white” and “Oakland,” Asians and Berkeley’s Sorority Row would be included–after all, that’s what Eldridge and Huey would have wanted.)