NYT: White People, Such as FDR, to Blame for Blacks' Poor Property Values

From the New York Times editorial board: 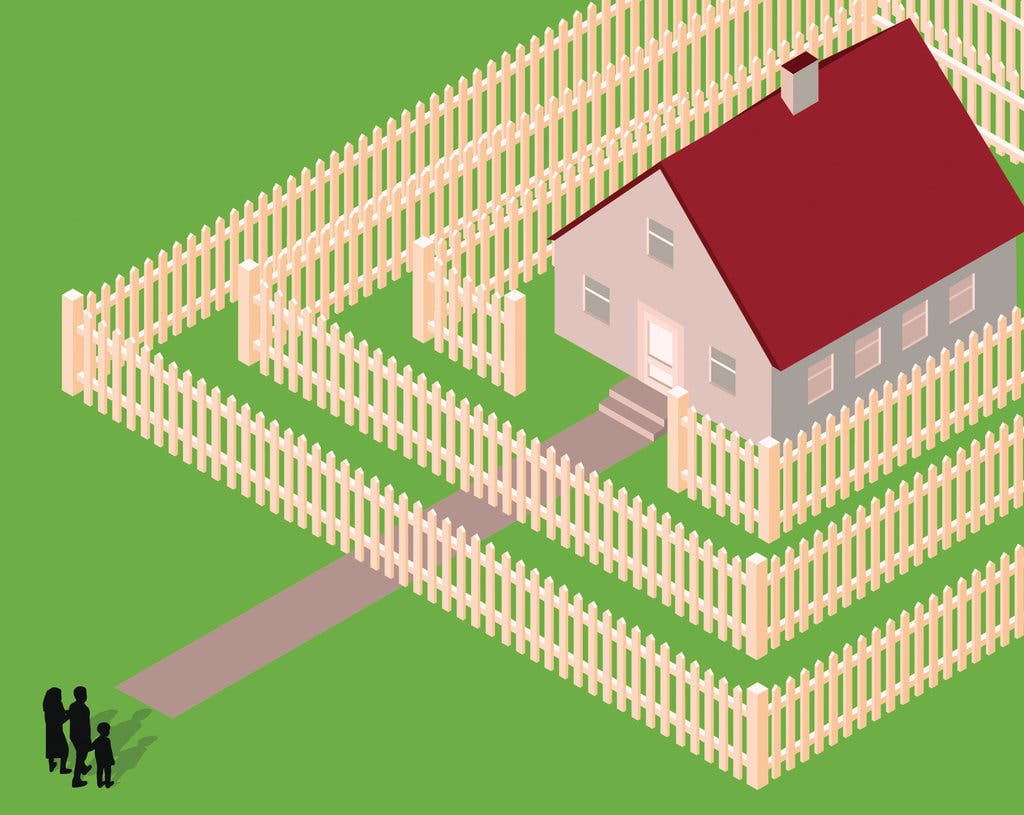 It’s a white house surrounded by white picket fences. And it has a red roof to show it’s been redlined.

… But African-Americans were essentially shut out of early federal programs that promoted homeownership and financial well-being — including the all-important New Deal mortgage insurance system that generated the mid-20th-century homeownership boom. This missed opportunity to amass wealth that white Americans took for granted is evident to this day in a yawning black-white wealth gap and in worse health, living conditions and educational opportunities for African-Americans.

The Fair Housing Act, which turned 50 years old last week, ended the most egregious forms of discrimination and brought a modest rise in black homeownership.

Oh, wait, that would be gentrification …

But those gains — and the hard-won wealth they represented — were wiped out a decade ago in the Great Recession, which reduced the African-American homeownership rate to levels not seen since housing discrimination was legal in the 1960s.

These losses reflect the persistence of financial racism …

The Urban Institute’s analysis of the black-white homeownership gap in 100 cities across the country shows that none have actually closed the ownership gap. The gap was widest in Northeastern and Midwestern cities — with the widest gaps, listed in order of severity, found in Minneapolis; Albany; Buffalo; New York; Salisbury, Md.; and Bridgeport, Conn. The cities with the smallest gaps were Killeen, Tex.; Fayetteville, N.C.; Charleston, S.C.; Austin; and Augusta, Ga.

It’s almost as if blacks tend to do better in Red states than in Blue states.