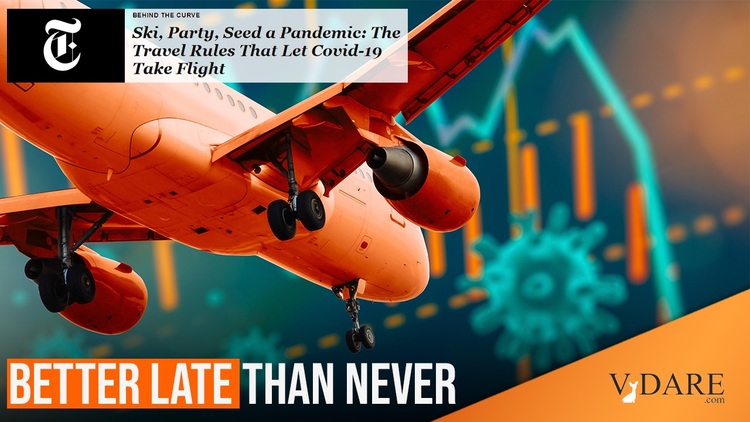 The World Health Organization said open borders would help fight disease. Experts, and a global treaty, emphatically agreed. But the scientific evidence was never behind them.

ISCHGL, Austria — They came from across the world to ski in the most famous resorts of the Austrian alps.

Jacob Homiller and his college friends flew in from the United States. Jane Witt, a retired lecturer, arrived from London for a family reunion. Annette Garten, the youth director at a tennis club in Hamburg, was celebrating her birthday with her husband and two grown children.

They knew in late February and early March that the coronavirus was spreading in nearby northern Italy, and across the other border in Germany, but no one was alarmed. Austrian officials downplayed concerns as tourists crowded into cable cars by day, and après-ski bars at night.

Then they all went home, unwittingly taking the virus with them. Infected in Ischgl (pronounced “ISH-gul”) or in surrounding villages, thousands of skiers carried the coronavirus to more than 40 countries on five continents. Many of Iceland’s first known cases were traced to Ischgl. In March, nearly half the cases in Norway were linked to Austrian ski holidays.

Nine months into an outbreak that has killed a million people worldwide, Ischgl is where the era of global tourism, made possible by cheap airfares and open borders, collided with a pandemic. For decades, as trade and travel drew the world closer, public health policy, enshrined by treaty, encouraged global mass tourism by calling for open borders, even during outbreaks.

When the coronavirus emerged in China in January, the World Health Organization didn’t flinch in its advice: Do not restrict travel.

But what is now clear is that the policy was about politics and economics more than public health.

Public health records, scores of scientific studies and interviews with more than two dozen experts show the policy of unobstructed travel was never based on hard science. It was a political decision, recast as health advice, which emerged after a plague outbreak in India in the 1990s. By the time Covid-19 surfaced, it had become an article of faith.

“It’s part of the religion of global health: Travel and trade restrictions are bad,” said Lawrence O. Gostin, a professor of global health law at Georgetown University who helped write the global rules known as the International Health Regulations. “I’m one of the congregants.”

Two of the articles of faith of the public health elite up through last winter were: quarantines don’t work and masks don’t work.

Covid-19 has shattered that faith. Before the pandemic, a few studies had demonstrated that travel restrictions delayed, but did not stop, the spread of SARS, pandemic flu and Ebola. Most, however, were based on mathematical models. No one had collected real-world data. The effect of travel restrictions on the spread of the latest coronavirus is still not understood.

“Anyone who is truthful is going to tell you it’s a big fat ‘We don’t know,’” said Prof. Keiji Fukuda, a former senior World Health Organization official who teaches at the University of Hong Kong.

Not knowing is especially vexing as the world seeks a way back to normalcy. For months, national leaders have invoked travel restrictions that vary in strictness and are often contradictory. Some shut their borders and simultaneously imposed domestic lockdowns, others required tests and quarantines. Many regularly revised their lists of risky destinations, sometimes responding tit for tat when their citizens were denied entry.

The restrictions have humbled powerful nations like the United States, whose citizens are no longer welcome across most of the world. Even so, President Trump has called his travel restrictions “the biggest decision we made so far” and attacked the W.H.O.’s early advice on borders as “disastrous.”

Still, it is too soon to know, based on data and hard science, how much travel restrictions help, and if they do, which restrictions help most. Experts who had defended open borders at the start of the pandemic now say countries should use judicious travel measures. The W.H.O. now calls for a gradual reopening in which each country weighs its own risks.

My impression is that a big advantage Europe has had over the U.S. in fighting the Coronavirus is it still has intracontinental national borders to shut down in case of emergency. The U.S. in contrast is one giant country, with metropolitan areas such as New York, Philadelphia, Washington, Cincinnati, Chicago, St. Louis, and Kansas City sprawling across more than one state.