NYT On Black-On-Asian Attacks: "The Deadly Collision of Racism and Mental Illness"

Earlier: NYT: What Most Asian American Leaders Seem To Publicly Agree On Is Denouncing The Impulse To View The Crimes As A Black-On-Asian Pattern

The Deadly Collision of Racism and Mental Illness

Mr. Press is a writer and the author, most recently, of “Dirty Work: Essential Jobs and the Hidden Toll of Inequality in America.”

On April 29, 2021, around 3:45 p.m., Carl Chan, the president of the Oakland Chinatown Chamber of Commerce in Oakland, Calif., was walking along Eighth Street not far from the Chinatown district when a stranger struck him on the back of the head. The blow sent Mr. Chan, a slight man in his early 60s, tumbling onto the pavement. His glasses flew off his face and his left knee, which broke his fall, was scraped and bleeding. According to Mr. Chan, the stranger shouted an anti-Asian racial slur before ambushing him.

Mr. Ramsey’s race goes unstated in this long article, but because his parents gave him a middle name that seemingly honors Robert E. Lee, you can just tell he’s white (assuming you have the worldview of a New York Times subscriber).

In truth, of course, the attacker is another black schizo, as are so many of those who carry out violent non-larcenous attacks on pedestrians they don’t know. 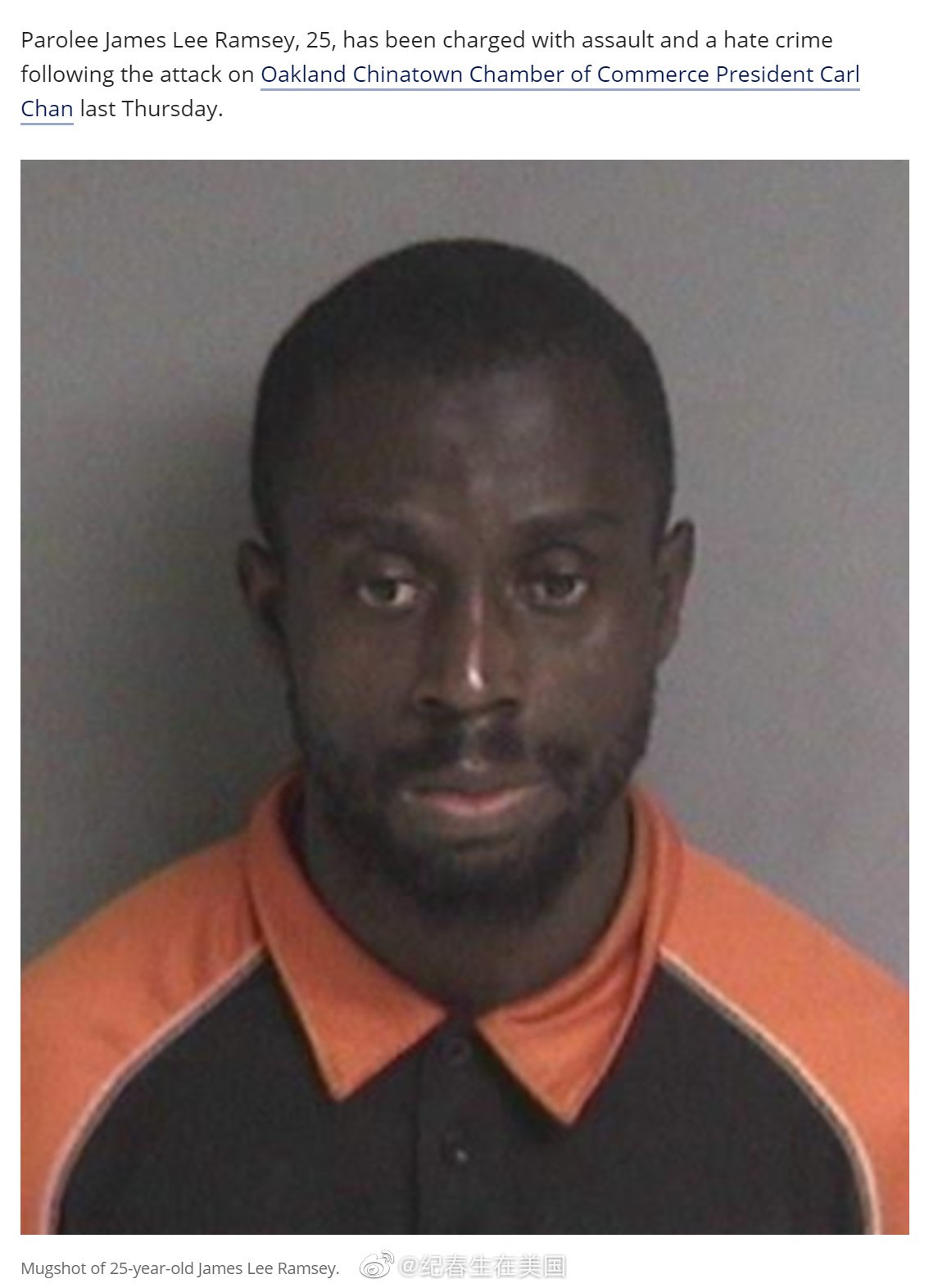 Blacks tend to suffer from schizophrenia more than other races and tend to be more violent. Put them together and that’s a troublesome combination.

Before the attack occurred, Mr. Ramsey had been in San Francisco, he told the officers who brought him into custody, where, according to the police report, he’d seen “crazy things,” such as “half-dog and half-humans and half-cats and half-humans.” Mr. Ramsey, who was homeless, had been diagnosed with bipolar disorder and schizophrenia, the officers who interrogated him learned, for which he’d been prescribed medication — medication he said he had stopped taking.

Since the start of the pandemic, a wave of violence against Asian Americans has swept across the country,

Everybody says that, but is it really true? We have the CDC’s record of homicide victimizations, which were the exact same for Asians in 2020 as in 2019, before going up 7 percent in 2021.

My recollection is that there was an enormous amount of media attention to the subject of a potential wave of anti-Asian violence at the beginning of the pandemic due to Trump saying “China flu,” including countless op-eds by Asian women writers about people asking them where they were really from and touching their long, luscious hair. But because a wave of anti-Chinese violence didn’t go through the formality of taking place, the press more or less dropped the subject in the second half of 2020.

But then in early 2021, a spate of nasty videos went viral of blacks attacking elderly Asians. But it’s hard to tell if this represented greater targeting of Asians or if it were more a politically correct way to suggest that blacks have been running amok since 2020.

brazen assaults in which victims were spat on, punched, shoved off subway platforms, fatally stabbed and shot. In a striking number of the attacks that have made the news, the individuals arrested have, like Mr. Ramsey, turned out to have severe mental health problems.

It might almost have something to do with lots of dangerous blacks being released from jails and mental hospitals due to the pandemic and the Floyd Effect.

… Given this pattern, talking openly about the role that mental illness may play in racially motivated violence seems overdue and necessary. But there are reasons conversations on this subject are also dangerous and fraught. Some people may fear that having such discussions will reinforce negative stereotypes, in particular by playing into the widespread perception that the mentally ill are violent and dangerous. In reality, people who experience mental illness are far more likely to be the victims of violence than to carry it out, notes Carlos Cuevas, a clinical psychologist and professor at Northeastern University who studies hate crimes.

I always hear that, and maybe it’s true for, say, the depressed. But for schizophrenics, it’s very much false:

Back to the NYT, where Press begins to lay out his theory that, in effect, blacks aren’t guilty of hate crimes by reason of insanity, while whites are guilty:

Another danger is that mental illness may be invoked to deflect attention from the rhetoric and ideas that inspire acts of violent extremism. Consider how quickly some influential figures on the right cited mental health to explain the conduct of Payton Gendron, an alleged white supremacist who has been charged with murdering 10 Black people at a Tops Friendly Market in Buffalo on May 14.