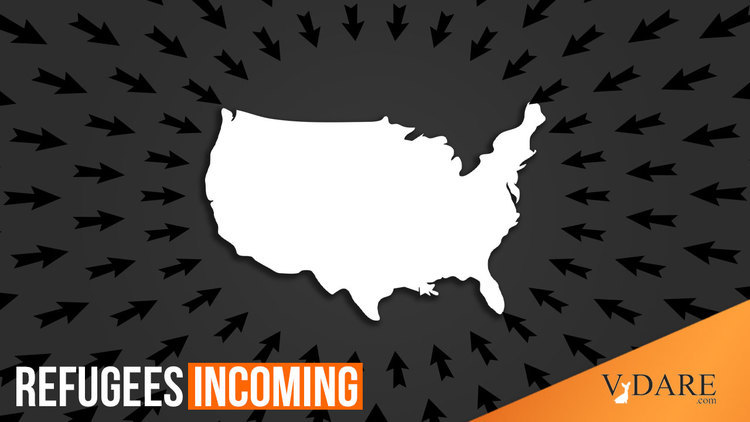 From the New York Times op-ed page, a near self-parody:

I COULD always spot the Chechens in Vienna. They were darker-haired than the Austrians; they dressed more snappily, like 1950s gangsters; they never had anything to do.

There are thousands of Chechen refugees in Austria, and thousands more in Poland, France, Turkey, Kazakhstan, Dubai and elsewhere (as well as scattered communities in the United States). Wherever they are, they stand out, a nation apart.

The word most linked to “Chechen” is “terrorist,” because of the attacks against the audience at Moscow’s Dubrovka Theater in 2002, against children in Beslan, North Ossetia, in 2004, and now the marathon in Boston. But terrorists were only ever a tiny fraction of the population. A more accurate word to link to “Chechen” would be

Chechnya is the ne plus ultra exemplar of the mountain bandit culture. Like the Bomb Brothers, Chechens tend to be brave, aggressive, macho, uncooperative, thieving (the Bomb Mom is wanted for shoplifting), and vicious.

All over the world, it's common for people who live in highly defensible positions, such as mountains, to raid their neighbors, then beat it back to their geographically complex and daunting home turf. As Thomas Babington Macaulay pointed out, his Scottish Highlander ancestors were "Gaelic marauders" preying upon the lowland Scots and the northern English until they overreached and invaded central England in 1745 under Bonnie Prince Charlie. After that, the furious English finally crushed the Highlands' mountain bandit culture.

Other mountain bandit cultures include the Pathans of the mountains dividing Afghanistan and Pakistan. But Pathan culture is remarkably dysfunctional, while the Chechen culture, while constantly infuriating to their neighbors, makes for competent, cohesive raiding parties. Thus, Chechen guerrillas repeatedly humiliated Russia in the 1990s. Much of Putin's prestige among Russians owes to his finally paying back in 1999 the insults Russia endured at the hands of this tiny breakaway nationality of less than two million people.

I feel sorry for the Chechens that, due to a Leninist technicality, they didn't get their own country when the Soviet Union broke up, while the Georgians, Azerbaijanis, and Armenians on the south side of Caucasus Mountains got independence. But, I also understand why the lowlanders, as in Britain after 1745, periodically get fed up with the highlanders' predation.

Back to the NYT oped: what's a more accurate word to link to Chechens:

“refugee.” Perhaps 20 percent, perhaps more, of all Chechens have left Chechnya in the last 20 years.

Dzhokhar A. Tsarnaev, the 19-year-old suspect in the Boston bombings, was born to a Chechen family. He was just a baby when Boris N. Yeltsin sent tanks to subdue his rebellious nation. At this point, we know very little about the suspect’s motivations. It’s unclear how much time, if any, he’d spent in Chechnya,

None. He lived in Kyrgyzstan and Dagestan before coming to the United States. The U.S. is a lot nicer place to live than Kyrgyzstan or Dagestan (in Russia, next door to Chechnya) but they weren't usually war zones, except when Chechen raiding parties kidnapped Dagestanis. Their parents recently moved back to Dagestan, probably to escape the Bomb Mom's criminal charges here, so it can't be so awful.

while he spent years living in the United States. All we know is that, for his generation, Chechnya has always been a place of violence, abductions, widows, orphans and rape: a place to escape from, not to go home to.

Dzhokhar, with his boy band sensitive looks, might have been able to get off with, say, a 10-year-sentence if he'd given up peacefully and blamed it all on his thuggish big brother. A jury with a lot of women on it might have melted for a well-coached Oprah-ready story. But, no true Chechen would do something so womanly and dishonorable, so Dzhokhar blasted away when he was finally located.

... In 2008, I spent a month traveling through Europe’s Chechen diaspora, trying to understand how the people had been affected by what they had survived. I met Birlant and her husband, Musa, in the town of Terespol, the entry point for Chechens coming to claim asylum in Poland. Birlant’s father and brother had been shot in front of her. Now she lived in a bleak hostel in a pine forest, along with 48 other Chechen families, and hated it there; they wanted to go to Austria.

“If you cannot treat people like people, then why won’t they let us go to a country that will?” asked Musa.

It was a sentiment I often heard. Wherever they were, they wanted to go somewhere else, do something else, be someone else. Could I take them to London? Perhaps life was better where I lived. Musa called me for years after that one brief meeting, from Helsinki, from Stockholm, from Oslo, never sounding any happier. ...

But there was enough in America already to alienate young men like Adam Lanza, Dylan Klebold and all the other mass murderers in recent history. There are enough weapons to kill anyone you want, and a madman can always find an excuse for murder if he looks for one.

There are only about 200 Chechens in the United States, so 1% of all Chechens here have turned out to be spectacular terrorists.