As a native of Mexico and a lifetime admirer of (and former editorial writer for) the New York Times, I confess that part of me wants to feel a measure of pride that the Sulzberger family has turned to a Mexican businessman for help. ...

But my Mexican pride doesn't survive a moment's reflection. If the Sulzbergers think they can take Slim's money without tarnishing the newspaper's brand, then America's media elite must really think that Mexico doesn't matter.

Basically, the American media finds Mexico to be various combinations of comic, boring, depressing, and horrifying. We read more, pro and con, about Israel, a country of six million an ocean away, than we do about the country of 110 million with which we share an 1852 mile border. In the last few years, the LA Times has started to run colorful, tabloidish (and I use that term as a compliment) articles on Mexican politicians and mass murderers in hopes of getting the Mexican population of LA to try reading a newspaper, but that's been an exception.

Let's face it. The New York Times would never strike a deal with a U.S. tycoon of a similar profile, for fear of triggering real or apparent conflicts between the newspaper's coverage and the investor's interests. Not that you could ever find such a U.S. tycoon: The conglomerate of Slim-controlled telecom, banking, tobacco, retailing, insurance, construction, and other interests has been estimated to add up to 7 percent of Mexico's GDP. Even in his heyday, John D. Rockefeller accounted for only about 2 percent of the U.S. economy. As Forbes put it in its 2007 ranking of billionaires, Bill Gates or Warren Buffett would have to be worth $784 billion to have a similar share of U.S. wealth as Mr. Slim has of Mexico's wealth.

I should say this is an unaccustomed position for me. As an editorial writer at the Times and as editorial-page editor at the Los Angeles Times, I often found myself defending Big Business against a roomful of reflexively anti-corporate journalists. And, further bolstering my credentials as a capitalist apologist, my father was an executive for a large Mexican bottling company. But this is a bridge too far.

First, the scale of Slim's fortune, and the extent to which it was built on a government-sanctioned monopoly, is scandalously unique. ...

Whether a weak Mexican state can develop and implement muscular antitrust policies to rein in the likes of Slim and foster greater competition is one of the keys to our neighbor's prosperity, which shouldn't be a minor story for an American newspaper. (And it could become a national security story. Stay tuned.) ...

The point is, Slim doesn't have to interfere at all. I know from experience that publishers do intervene in the editorial process, as is their prerogative. And I can assure you that Slim's investment will be a factor, even if unspoken, in editorial decision-making henceforth at the Times. Perhaps Mexico's crony capitalism will remain a mostly neglected topic–but now conspiracies will be read into the neglect. ... Slim wins either way. When writers and editors do lob an occasional piece into the paper critical of Slim, and they will, he will then be able to brag about it back home, absolving himself of charges of being a thin-skinned bully. Indeed, the conspiracy theory will then become that he ordered the Times–which everyone in Latin America will assume he controls, regardless of the reality–to be critical of him.

Setting aside any specific content in the paper, the mere fact that the Times Co. has allowed itself to become so dependent on Slim's fortune provides him with a priceless seal of approval. It becomes easier for him to write off his critics in Mexico as perennially frustrated leftist whiners. If any of what they alleged were true, after all, would the enlightened and liberal New York Times allow him to become one of 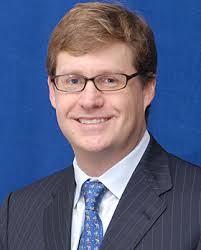 its largest shareholders? Slim is lending money to the Sulzbergers for the same reason he has donated to Bill Clinton's foundation.

Just for fun, here's a picture of Mexican native Andres Martinez, who looks less Mexican than Carlos Slim does, and Slim (whose father was named Salim) is 100% Arab (Lebanese Christian).