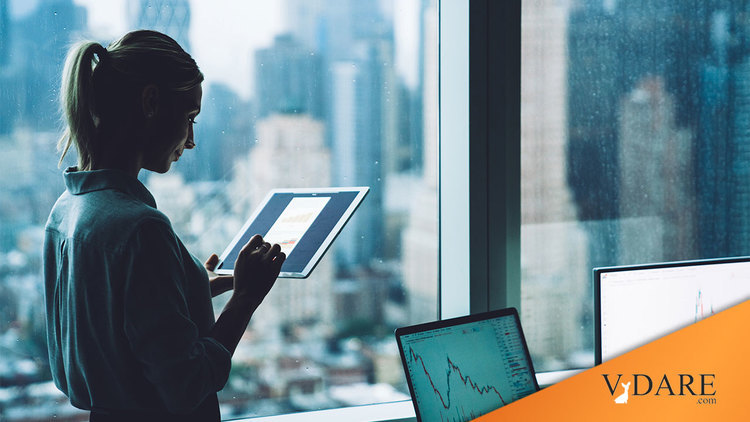 NYT: Countrywide Subprime Exec Not Guilty By Reason Of Being A Woman 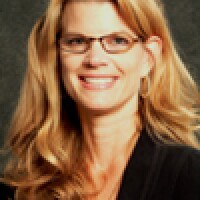 Not guilty by reason of femaleness.

The government finally managed to hold liable a mortgage executive this week (although in a civil, not a criminal, case). But, the executive turned out to be a woman (and a single mother to boot), so the NYT feels bad about the government's victory.

More than five years after the housing bust, the roll call of banking executives who have been blamed by the public for the crisis has grown ever longer. But when it comes to top managers who have been hit with a jury verdict for pushing dubious mortgages, the list is small indeed.

The new name added this week was Rebecca S. Mairone, a midlevel executive at Bank of America’s Countrywide mortgage unit, who was held liable by a federal jury in Manhattan for having saddled the housing giants Fannie Mae and Freddie Mac with bad mortgages that resulted in over $1 billion in losses.

And while the jury verdict in the civil fraud case on Wednesday was hailed by Preet Bharara, the hard-charging United States attorney who has become the scourge of white-collar criminals on Wall Street, Ms. Mairone seems — on the face of it — the most unlikely of culprits to emerge from the housing debacle.

The government’s lawsuit essentially contends that the ramped-up mortgage initiative that she oversaw put pressure on mortgage underwriters to originate riskier yet more profitable housing loans. Via a program nicknamed the Hustle, derived from the initials for “high speed swim lane,” Countrywide’s mortgage processors were “incentivized to, and repeatedly did, manipulate borrower information” like borrower income and other information so that the loans would qualify for federal mortgage guarantees, prosecutors said in their original lawsuit.

Look, I absolutely agree that it's ridiculous that the feds haven't won any cases against major mortgage executives for their activities before August 2007, but you can see why this case was easier: She ran Countrywide's Hustle program from August 2007 to April 2008. That's key, because the subprime bubble, which had been in big trouble since February 2007, definitely burst around August 1, 2007. I remember it well although I can't give you the exact day because I went away on a camping trip in late July 2007 and came back four days later in early August, turned on the computer, and ... oh, boy ... batten down the hatches, we're headed for rough weather.

So, Mairone was flogging an obviously already dead horse to squeeze out the last bit of profit from by scraping through the bottom of the ... well, this metaphor is out of control, but you get the point. The quality of lenders had been dropping spectacularly year after year. But by August 2007 when everybody knew the game was up, the only possible borrowers left were ...

Ms. Mairone’s lawyers claim that she had no such ambition and that she has become a prominent scapegoat — paying the price for being a successful, suffer-no-fools female executive trying to effect change in an insular, predominantly male corporate banking culture.

... As her lawyers tell it, Ms. Mairone, a 46-year-old single mother, regularly worked 12-hour days and was on the road a week out of every month. When she could, she sneaked out of the office to take her now 14-year-old daughter to a Girl Scouts event or her son, now 19, to a karate tournament.

Some executives — especially other women — liked her, depositions show.

Others did not. One in particular, Edward O’Donnell, a mortgage executive whom Ms. Mairone passed over for a promotion, stands out in this regard.

It would be Mr. O’Donnell who would bring the case to the government. In the wake of the jury’s decision, he is expected to earn a $1.6 million whistle-blower reward after the case is resolved.

It is unclear yet what penalties Ms. Mairone will face, as they will be set by the presiding judge at a later date.

In court depositions, however, female Countrywide employees expressed admiration for Ms. Mairone’s take-charge ways. In their view, Ms. Mairone’s stylish dress and demeanor, along with her business acumen, were just what was needed to shake up the backslapping boys’ club of bankers that sold mortgages nationwide.

While I can understand the New York Times' argument that she must be innocent by reason of not being a man, let me point out that by the same logic, she must be guilty by reason of being white.