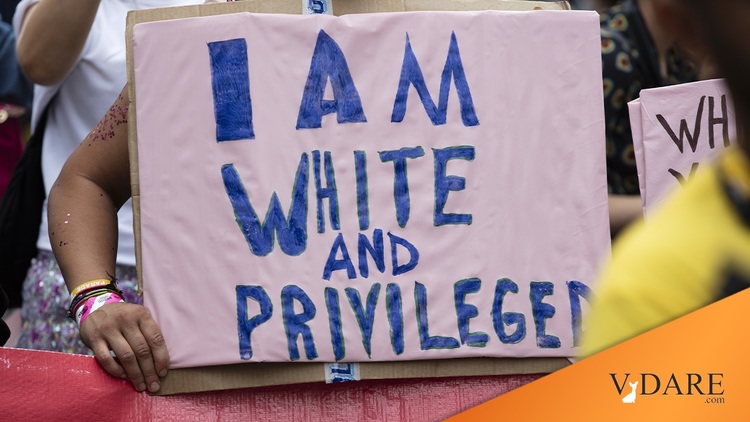 NYT: Biden-Voting Mom Worries Her 3 White Sons, Ages 8, 5, and 1, Have Too Much White Privilege

In Ohio, a Father and Stepdaughter Show the Political Shifts in the Trump Era

He’s a union worker and former Democrat now solidly behind President Trump. She’s a onetime Republican now worried about her sons growing up in the Trump era. Family get-togethers can be difficult.

… Ms. Boorn was apprehensive, worried about climate change, about what her sons were learning by growing up white in America. Now she is worried about the prospect of four more years with Mr. Trump in the White House.

“My husband and I both grew up in northeast Ohio and it’s rural,” she said. “There are people who are openly racist. Coming down to Columbus, we made friends with people of all colors and all religions and it’s so hard to tell people who don’t see that these are just people — it’s not what you see on Fox News.”

Then came the coronavirus pandemic, which wreaked havoc on the state’s economy, while protests against police treatment of Black Americans took place in cities both large and small. Mr. Moore complained on his Facebook profile page about being forced to wear a mask at work, while Ms. Boorn put a Black Lives Matter sign on her car.

“It’s hard raising white men in America,” she said of her three boys, ages 8, 5 and 16 months. “You want to understand that they understand their position as an ally.”

… Last week Ms. Boorn watched most of the virtual Democratic National Convention. She was inspired by Brayden Harrington, the 13-year-old whom Mr. Biden helped deal with a severe stutter, and was moved by Ms. Harris’s stories of her upbringing in the civil rights movement.

“She inspired me when she said that someday we will look back at this time and remember what we did, not what we thought,” she said. “That’s what pushed me out of my comfort zone previously. I want my boys to remember this.”