NRO and Kevin Williamson are concerned about the manufactured rape crisis in academia. (As well they should be. ) Williamson accuses the radical left of using falsehoods about rape and other issues in a Stalinist campaign to silence their opposition. And right he is:

The Rape Epidemic Is a Fiction 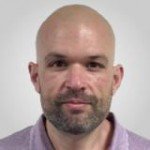 Rape is a vicious crime, one that disproportionately affects poor women and incarcerated men, but Barack Obama knows his voters, and so his recent remarks on the subject were focused not on penitentiaries, broken families, or Indian reservations but on college campuses, where the despicable crime is bound up in a broader feminist Kulturkampf only tangentially related to the very real problem of sexual violence against women.

The subject is a maddening one. President Obama repeated the endlessly reiterated but thoroughly debunked claim that one in five women will be sexually assaulted in her college years. The actual rate is . . . sort of an interesting problem, the information being so inconsistent and contradictory that one almost suspects that it is so by design.

But if your interest were in making opposition to feminist political priorities a quasi-criminal offense and using the horrific crime of rape as a cultural and political cudgel, then you’d be doing about what we’re doing right now.

Interesting, it sounds just like NRO's silencing of John Derbyshire for pointing out the real dangers of black crime.

And importantly, someone on NRO's staff is deleting comments about the comparison to Derbyshire as well as comments on the rate of black-on-white rapes, the real problem.