NPR-Ipsos Poll: Majority Believes The Invasion At The Southwest Border Is An Invasion

The pinkos over at National Public Radio must have turned purple with rage over this news from their poll with Ipsos: A majority surveyed rightly think that if border agents encounter 1.9 million illegals in 10 months, that’s called an invasion [A majority of Americans see an ‘invasion’ at the southern border, NPR poll finds, by Joel Rose, NPR, August 18, 2022].

A new NPR poll finds that a majority of Americans — including three-quarters of Republicans — say the U.S. is "experiencing an invasion" at the southern border.

Advocates warn the rhetoric could provoke violence and has white nationalist roots.https://t.co/xaya19XIm3

Here are the results of the poll. (The thing about calling an invasion an invasion being dangerous rhetoric was answered by Ann Coulter in It’s An Invasion! … Of Moronic Arguments in 2019.)

Here are the latest invasion numbers: 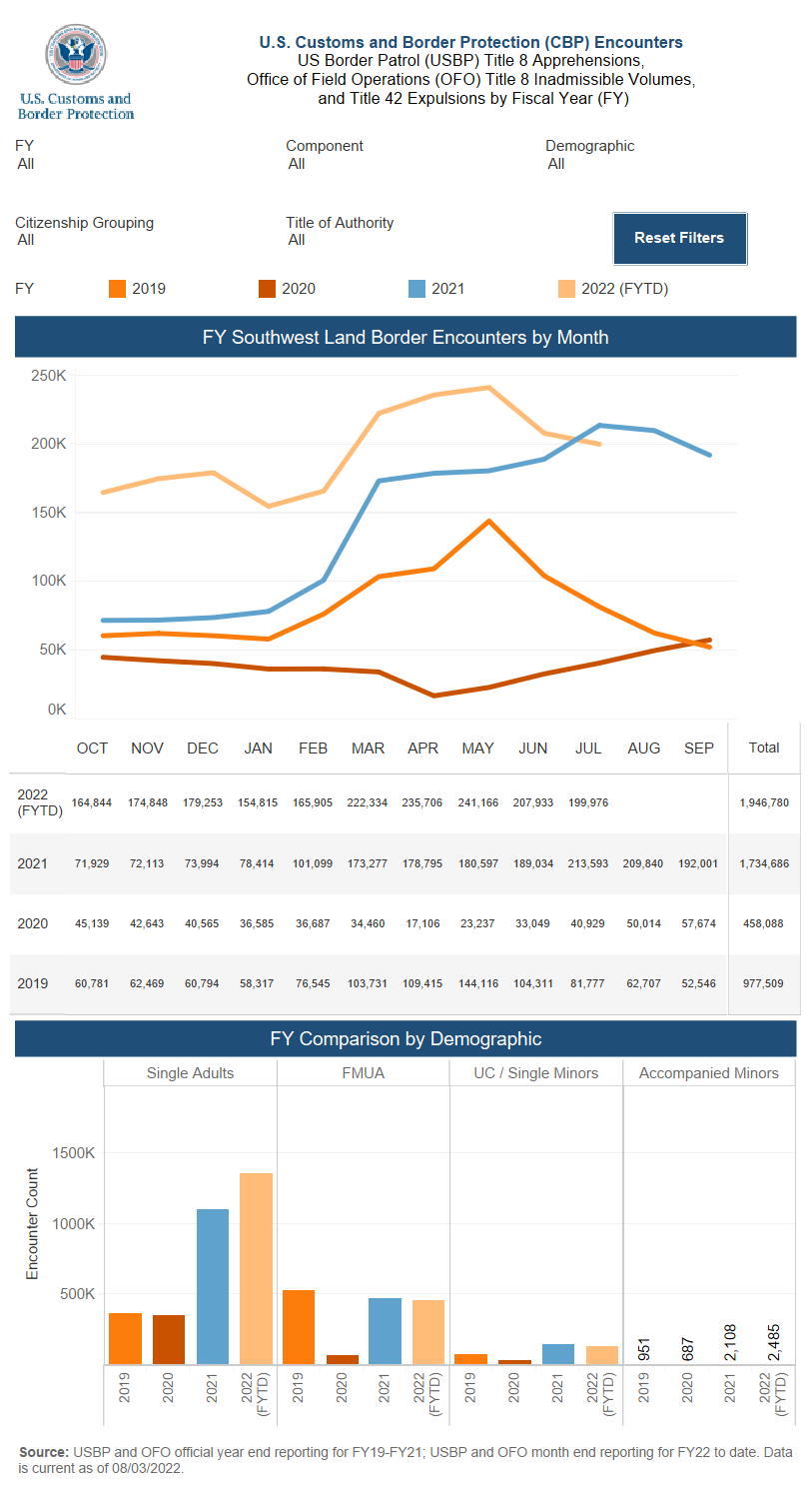 Fifty-three percent believe it is true or somewhat true that illegal aliens are invading the country. The breakdown: 76 percent of Republicans and 41 percent of Democrats, and 47 percent of Independents.

As to the “false statement” that immigrants use more welfare than Americans, NPR-Ipsos reported that more Republicans than Democrats believe it. But that statement isn’t false, as Mickey Kaus observed with a link to a study from the Center for Immigration Studies [Welfare Use for Immigrants and Native-Born Households, by Stephen A. Camarota, September 1, 2021].

.@NPR calls it a "false statement" (which 38% of people believe) that "Immigrants are more likely to use public assistance benefits than the U.S.-born population"

Also “false,” NPR-Ipsos reported, is the belief that immigrants commit more crimes than Americans. But notice the jump from the invasion, which involves illegal immigration—the major concern for most Americans—to immigration generally.

Narrowing the question of crime to illegals yields an obvious truth. They commit more crimes than Americans, as data from the State Criminal Alien Assistance Program repeatedly reported here show.

The Federation for American Immigration Reform drilled into the numbers in 2019: “SCAAP data indicate that illegal aliens are typically at least three times as likely to be incarcerated than citizens and lawfully-present aliens” [SCAAP Data Suggest Illegal Aliens Commit Crime at a Much Higher Rate Than Citizens and Lawful Immigrants, by Matt O’Brien, Spencer Raley and Casey Ryan, FAIR.us, February 3, 2019].

More good news from the survey: Support for a border wall has increased as support for immigration has declined. Americans are waking up. 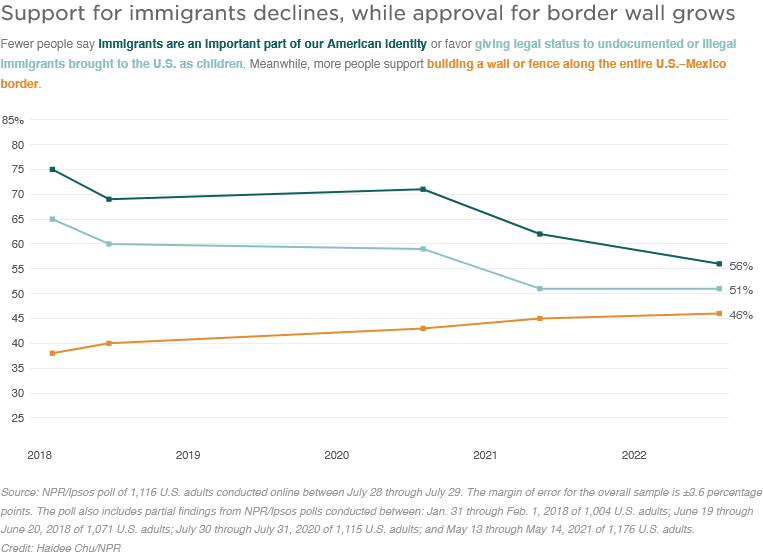