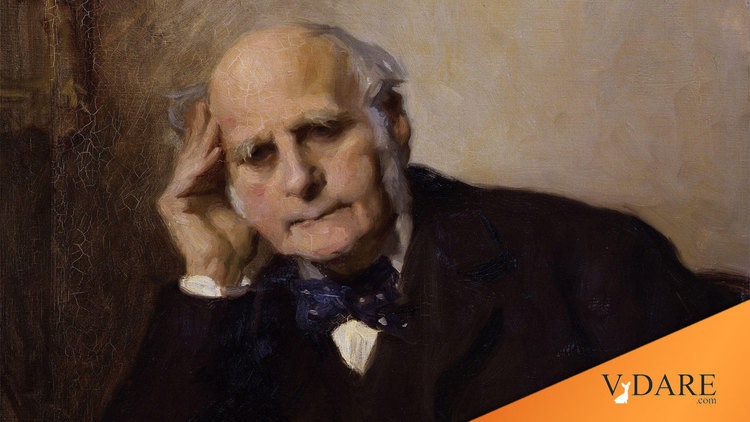 NPR Genetics Guest Adam Rutherford: Galton a 'Genius', but 'Massive Racist.' How Could He Be Both?

It's funny how often some of the most towering historical figures are acknowledged to be absolute geniuses, except for that one totally incongruous part where they're awful racists.

This was overheard on yesterday's "1A", a nationally syndicated NPR midday program, where the guest was Adam Rutherford [Email him] a geneticist. [Where Do We Come From?, WAMU, October 18, 2017]

Yes, he said, Francis Galton—the cousin of Charles Darwin—was brilliant.  He just happened to wrong on race.  Rutherford and his credulous NPR host both agreed that "race does not exist", despite the detailed DNA readout you get from companies like 23andme and ancestry.com.

You have to wonder how much the skeptical listener buys this frequent explanation of people like Galton, James Watson and William Shockley.  Wouldn't Occam's Razor have to kick in at some point, i.e., it's just not that logical to think that a genius would have been right on everything, except for one thing?

And that one thing just happens to be subject to incredible contemporary political pressure for conformity?