North Carolina Sheriff: Revolving Door Is No Deterrent to Illegals

According to Washington suits and the Opravda media, the border is under control and illegal immigration is not a problem any more, That’s not the view of a Wake County (NC) Sheriff Donnie Harrison sees the front line reality — that aliens are prosecuted less harshly than Americans for lawbreaking. 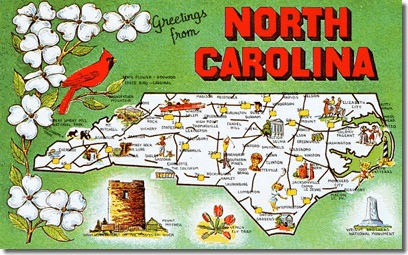 Harrison reports that 10-15 percent of prisoners in his jail are illegal aliens, a number that has not changed during his 10 years as sheriff. The bad guys are identified and sent home, but that’s not much of a punishment, and many come right back.

Raleigh, N.C. — Wake County’s sheriff says he thinks the country’s immigration system is like a revolving door – even when illegal immigrants are deported, he says, he’s seeing them back in his jail.

The Wake County Sheriff’s Office, in 2008, became one of first law enforcement agencies to participate in a government program, called 287(g), that authorizes local law officers to help enforce immigration laws. It also gives them access to federal databases to identify illegal immigrants who have been arrested on local charges.

Once identified, they are taken into custody by U.S. Immigrations and Customs Enforcement, which determines whether an individual should be deported.

Sheriff Donnie Harrison says that since 287(g) has been active in Wake County, the jail has processed more than 9,000 people on suspicions that they are in the United States illegally.

Of those individuals, approximately 5,000 have been referred to the federal immigration system.

“People understand that, if they get caught and come to jail – if they are illegal – they are going to get processed,” Harrison said.

But he says that isn’t necessarily a deterrent for them.

“We’ve looked at over 200-something that we’ve processed that have already come back through the system again,” Harrison said. “So, sometimes, they know the penalty is light, and so what? They get slapped on the hand and keep going.”

“Yes, the borders may be stronger than ever, but they’re still getting here more than I’d like to see them come in,” he said.

Janet Napolitano, secretary of the U.S. Department of Homeland Security, admits that immigrants are returning, but she says the number is on the decline because it’s getting more difficult for them to cross illegally in the country.

“We’re seeing less and less of that,” she said in a recent interview with WRAL News. “The border enforcement has never been as strong as it is right now. In fact, the number of illegal immigrants trying to get across the Southwest border, for example, hasn’t been this low since 1971. ”

She also gives credit to an information-sharing program called Secure Communities that jails across the country, including in Wake County, are participating in.

“If someone is arrested and their fingerprints are run, we simultaneously run them against the immigration database,” she said. “If they are here illegally, we put what’s called a detainer on them, so that they get released to us rather than inside the public at large.”

ICE says that, through the program, nearly 4,000 convicted criminal aliens have been identified in North Carolina since 2008 but not necessarily deported.

Nationally, more than 147,000 convicted criminal aliens have been identified.