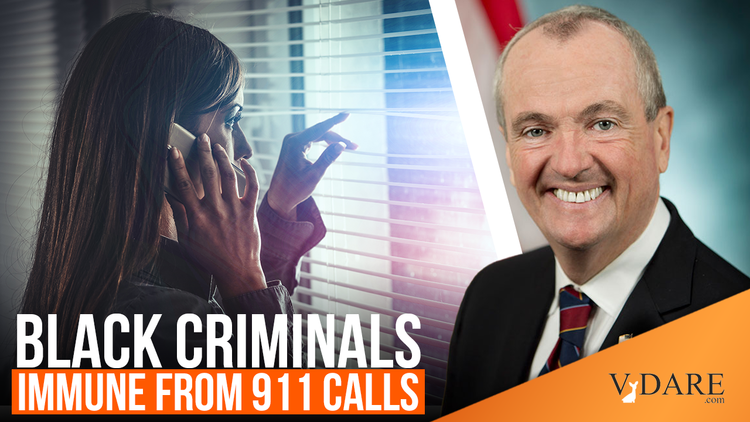 Despite being just 13 percent of the state of New Jersey’s population, blacks made up 72 percent of homicide suspects in 2016. Were data available online for 2017, 2018 or 2019, we’d see a similar racial pattern emerge when it relates to violent crime in The Garden State.

Why bring this up?

Because it pretty much just became illegal to call 911 on a black person in New Jersey if you are white.

New Jersey Democratic Gov. Phil Murphy signed a law Monday making it a crime to call 911 for the purpose of intimidating someone because of race, ethnicity, religion or gender.

The law amends an existing law and makes it a crime to falsely incriminate someone else or file a false police report as a form of bias intimidation, according to a statement on the governor’s website. The bill also makes it illegal to call 911 with the purpose of harassing someone based on race or other protected class.

“Using the threat of a 9-1-1 call or police report as an intimidation tactic against people of color is an unacceptable, abhorrent form of discrimination,” Murphy said in the statement.

“This irresponsible misuse of our 9-1-1 system places victims in a potentially dangerous situation, and can erode trust between Black and Brown New Jerseyans and law enforcement. Individuals who choose to weaponize this form of intimidation should held be accountable to the fullest extent of the law.”

Violators of the law face up to five years in prison and fines up to $15,000, according to The Hill. 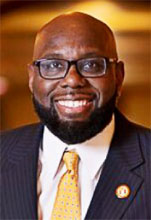 Other officials have also said that false 911 calls risk escalating the situation, possibly making it deadly.

“As our country finds itself in the grips of racial and social unrest, those who seek to weaponize and enflame these tensions should be held accountable,“ said Democratic New Jersey State Senator Troy Singleton. [pictured right]

“Not only are false 9-1-1 calls a waste of resources, but when they are used to harass or intimidate someone based on their race, religion, sexuality or other protected classes, they risk escalating it into a potentially deadly situation. Under this new law, anyone who files a false police report will be subject to criminal penalty,” Singleton said. 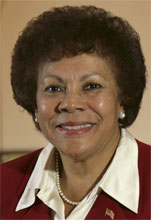 “We have seen, time and time again, the immense physical and emotional impact of weaponizing the police against Black and brown individuals. No one should fear having the police called on them simply because they are walking their dog, barbequing with friends or asking a fellow New Yorker to follow the law,” Demoratic New Jersey State Senator Shirley Turner [pictured right] said, likely referring to the aforementioned viral video recording the incident in New York City.

Just make it illegal to call 911 on a black criminal. That’s the only way for white people to actually check their privilege once and for all.