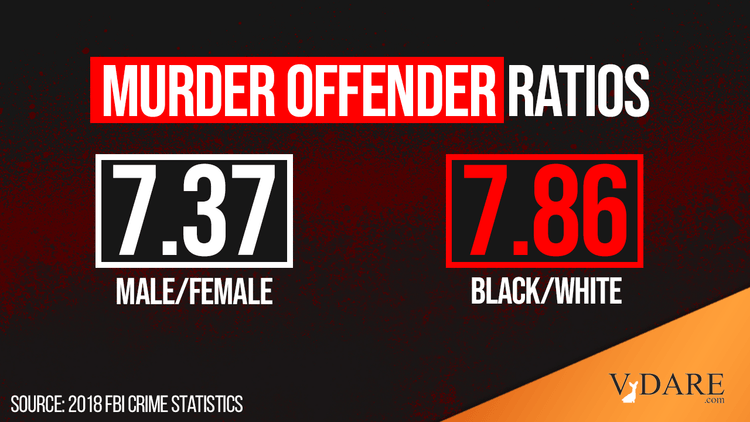 Murder Offenders Per Capita: Ratio of Blacks to Nonblacks Is Even Larger Than Men to Women

One of the crazier findings in my recent Taki’s Magazine column that conveniently collects federal crime statistics is in the FBI’s Uniform Crime Reporting summary of all the cleared murder cases in the country for 2018: The ratio of male to female murder offenders per capita was lower than the ratio of black to nonblack murder offenders. Here’s a screenshot: And here’s my spreadsheet showing how I do the calculation. Because the criminal justice system, after a half-century, still hasn’t gotten its crime statistics all on the same page for how to deal with Hispanics, I just lump the entire U.S. population into two categories: black and nonblack. 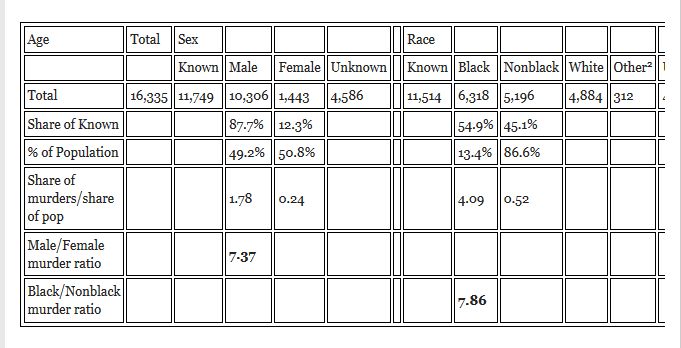