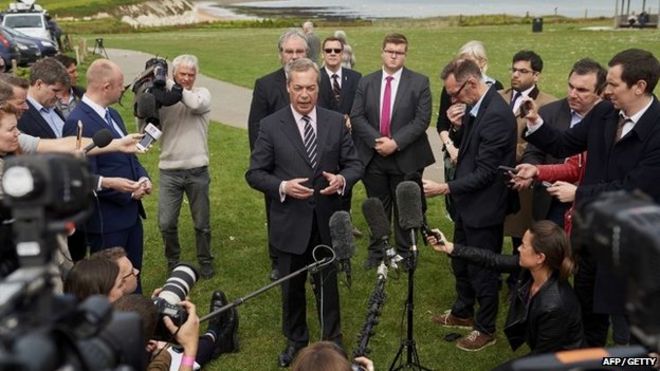 What next for UKIP and Farage?

There will be no post-Farage era for UKIP. Nigel Farage will remain in charge of UKIP even after losing his election for Parliament.

UKIP’s NEC overwhelmingly refused my resignation, citing the party membership support as a reason for which I should stay on. I was reluctant. I wanted evidence, I wanted options. And they all came. I was left in a situation that made it clear; there was only one person the NEC wanted for the job, and the party membership was in support.

So, I breathed deep, and thought for as long as I possibly had, given the meeting was ongoing, and still is, at my time of writing this. I decided that as much as I had earned my holidays. As much as I wanted to spend the summer fishing, walking, and of course, in the European Parliament where all hell is currently breaking loose – that I owed it to the party that got me here.

There are some huge battles about to take place, and as much as I had thought that taking at least the summer off was in my best interests, I realise now that the party comes before me, and indeed, that this country comes before both.

Still, the comments on the story are overwhelmingly negative and it will be awkward for UKIP for its party leader not even to be an MP.

What comes next?  Survival. Farage's defeat was a real setback for UKIP, but they have a key opportunity ahead.  The signature issue for UKIP is, after all, membership in the European Union and David Cameron has promised a referendum on the issue. The deep divisions among the Tories should allow UKIP to gain new momentum during the referendum campaign and we can expect them to surge in popularity if Cameron breaks his word, as he did in 2009.