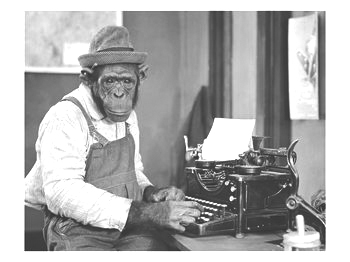 I've written a lot about immigration sob stories, in which the corrupt press unfairly focuses on the alleged suffering of illegal aliens, yet never exhibits any sympathy for Americans who are genuinely harmed by foreign workers taking jobs formerly done by citizens.

But this is the first time I've seen a sob story where business owners are portrayed as the aggrieved party: Businesses Face Cut in Immigrant Work Force (March 14, 2008).

HYANNIS, Mass. – For years, William Zammer Jr. has relied on 100 seasonal foreign employees to turn down beds, boil lobsters and serve cocktails at the restaurants, golf course and inn he owns on Cape Cod and in nearby Plymouth.

This summer, however, the foreign workers will not be returning, and Mr. Zammer, like other seasonal employers across the nation, is scrambling to find replacements.

"It’s a major crisis," he said. "We’re very short on work force. We'll be looking at opening a little later, closing a little earlier, looking at how we do our menus."

Mr. Zammer is caught up in a Congressional standoff over immigration overhaul that is punishing employers who play by the rules and that, advocates of change say, could cost small companies billions in lost business.

Nowhere in the article does the writer mention that these jobs might be filled by Americans.

In fact, college students and other young people used to do those jobs, and were happy to escape the books to work seasonally at vacation spots. Then business owners discovered that foreign workers (particularly illegal ones) were more flexible, compliant and cheap.