NEW YORK TIMES: China Has A “Chokehold” On Pharmaceutical Manufacturing

It’s fascinating the news that comes out during times of media excitement, and the coronavirus situation is certainly one.

Many Americans have known about the Made in (Red) China problem in production generally, but pharmaceuticals, maybe not so much. 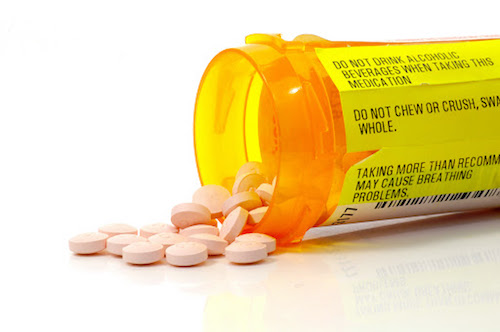 Interestingly, Chinese economist Li Daokui suggested last year that medicine could be used as a weapon against the West, remarking, “If we cut back exports, some western countries’ medical system won’t operate well.” So it seems unwise to allow Red China to be in charge of producing our medicine.

The real news here is the New York Times taking the side of America and not the Chinese in a recent news article where the word “Chokehold” was used in a headline to describe the relationship.

Apparently the Times must see the situation as serious to use such language — good!

WASHINGTON — The global spread of the coronavirus is reigniting efforts by the Trump administration to encourage more American manufacturing of pharmaceuticals and reduce dependence on China for the drugs and medical products that fuel the federal health care system.

The effort includes a push by the White House trade adviser Peter Navarro to tighten “Buy American” laws so federal agencies are required to purchase American-made pharmaceuticals and medical equipment, according to people with knowledge of the plans.

The administration has been preparing an executive order, which could be released in the coming days, that would close loopholes allowing the government to purchase pharmaceuticals, face masks, ventilators and other medical products from foreign countries. The hope is that increasing government demand for American-made drugs and medical products will provide an incentive for companies to make their products in the United States, rather than China.

To help facilitate such production, the White House is also pushing for streamlined regulatory approvals for American-made products and more detailed labeling of the origin of products made offshore, these people said.

“China has managed to dominate all aspects of the supply chain using the same unfair trade practices that it has used to dominate other sectors — cheap sweatshop labor, lax environmental regulations and massive government subsidies,” Mr. Navarro said in an interview. “As President Trump has said, what we need to do is bring those jobs home so that we can protect the public health and the economic and national security of the country.”

China is known as the world’s factory for car parts, toys and electronics, but it also churns out much of the penicillin, antibiotics and pain medicines used across the globe, as well as surgical masks and medical devices.

While the United States remains a global leader in drug discovery, much of the manufacturing has moved offshore. The last American plant to make key ingredients for penicillin announced it would close its doors in 2004.

Chinese pharmaceutical companies have supplied more than 90 percent of U.S. antibiotics, vitamin C, ibuprofen and hydrocortisone, as well as 70 percent of acetaminophen and 40 to 45 percent of heparin in recent years, according to Yanzhong Huang, a senior fellow for global health at the Council on Foreign Relations. (Continues)